As the great Chuck Morgan always reminded us….“This is an exhibition, no wagering please.”

We all know that in Vegas, if you can think it up, you can bet on it. Who knew you could actually place a bet as to who the first person to fumble in the Super Bowl would be. Well, now that everyone’s favorite British period drama has finished second in audience size to the NFL Championship game for three years running, it appears that Downton Abbey has achieved cult status in the betting world. As Downton Abbey draws to a close this year, Irish bookmaker Paddy Power, has provided odds as to how the series will end after six seasons. As you will see, one possibility will remind you how you felt at the end of series 2 while another will remind you of the finale of series 3. 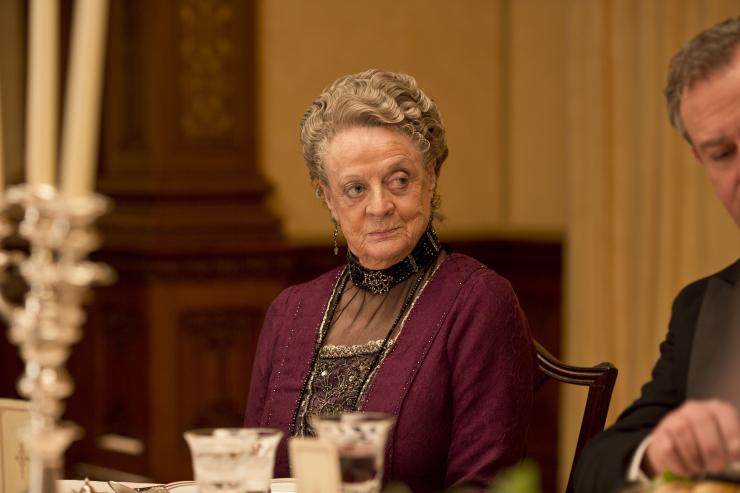 Not quite as much of a sure thing as American Pharoah was to win the Triple Crown at a gaudy 3-5 odds, but the most likely event to take place in the Downton Abbey finale at 2.1 odds is Lady Mary (Michelle Dockery) finally putting an end to her endless efforts to play the field and saying ‘I do’. Sadly, a close second at 3-1 odds, is the distinct possibility of the death of the aging Dowager Countess, played brilliantly by Dame Maggie Smith. Remember, it was Maggie Smith, herself, that referenced if the series goes on much longer, the Dowager would be 110 years of age. That’s a lot of weekends….

As you can see, there are some less likely scenarios that one can only hope that creator/writer Julian Fellowes avoids merely for the reason it would remind me of a number of high-profile series that the finale fell flat and never lived up to the hype and expectations placed on it by fans of the series. The long shot at 40-1 odds, as you can imagine, has the entire Crawley family relocating to the United States. I’m sure Martha and Harold Levinson would have something to say about that….