Even though the Are You Being Served and ‘Allo ‘Allo co-creator/writer passed away in December of last year, friends, family and colleagues gathered last week at a memorial service to celebrate the life and work of Jeremy Lloyd, share their stories and read poems and stories by the writer including excerpts from The Woodland Gospels according to Captain Beaky and his Band, selected Captain Beaky poems and The Further Adventures of Captain Gregory Dangerfield. Jon Jacob from the BBC Blog was in attendance and wrote a very moving account of this wonderful tribute.

Having had the good fortune to have been able to spend some with Jeremy Lloyd over the years interviewing him for several PBS specials on British comedy and comedy writing, a majority of British comedy fans have either grown up on or are just now discovering the greatness that is AYBS and ‘Allo ‘Allo. I only wish I had known about Captain Beaky at the time. To have had the opportunity to hear him recite a few of these extraordinarily memorable poems that he wrote would have been priceless. 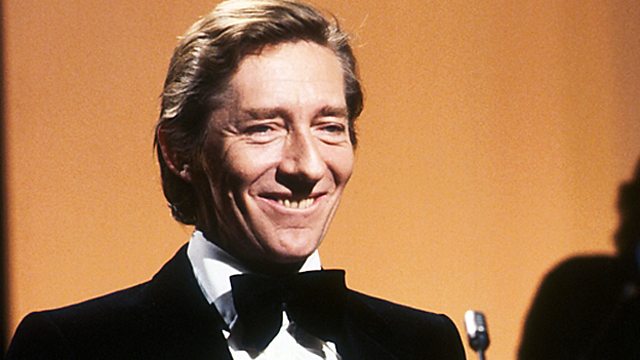 Captain Beaky: Words and Music was a collection of poems for children written by Jeremy Lloyd and set to music by Jim Parker. Airing on both BBC One and BBC Two back in 1980, Captain Beaky lived on with two albums that were created with the poetry recited by various British celebrities, two books, a West-End musical, a pantomime (Captain Beaky and His Musical Christmas) performed by Twiggy, Eleanor Bron, Keith Michell, and Jeremy Lloyd at the Apollo Victoria Theatre in December 1981, performances by the National Youth Ballet of Great Britain, and a gala in aid of UNICEF performed by Roger Moore, Joanna Lumley, Jeremy Lloyd and the National Youth Ballet at the Royal Albert Hall in December 2011.

In addition to readings by Penelope Keith, Twiggy and Jeremy Lloyd, you can also hear the great Peter Sellers, Petula Clark, The King’s Singers and Harry Secombe reciting some of Lloyd’s finest work on the two albums if you can find them. If, like me, you weren’t familiar with Captain Beaky or you just want to remember a bit of classic Harold the Frog, Jacques: A Penniless French Mouse, Daddy Long-Legs and, of course, The Trial of Hissing Sid, definitely search out the albums or books of Captain Beaky. In the meantime, here are a few choice readings beginning with Jeremy Lloyd and Teddy’s Tea Time. Enjoy!

Teddy’s Tea Time as written, and read, by Jeremy Lloyd

Helen the Hippo as read by Penelope Keith