Traditionally, with Doctor Who, the early, long-lead trailers remind me of Renee Zellweger’s classic line in Jerry MaGuire of “..you had me at hello”. Just enticing enough to where you are reminded of the over a half-century greatness that is Doctor Who and to where you don’t really need anything else but just a brief teaser to get you all charged up about the forthcoming series. Historically, the promo folks and/or series showrunners have always been way ahead of the curve when it comes to giving you just enough to keep the conversation going for months on end as to what that little piece of video in the teaser means. Unfortunately, not so this time around. It’s been far too long since last Christmas when the Doctor and Clara reunite and where, with the help of Santa Clause (Nick Frost), they must save a North Pole science base from dream-inducing crab-like creatures. And, we still have a bit of a ways to go before its’ return this Fall. 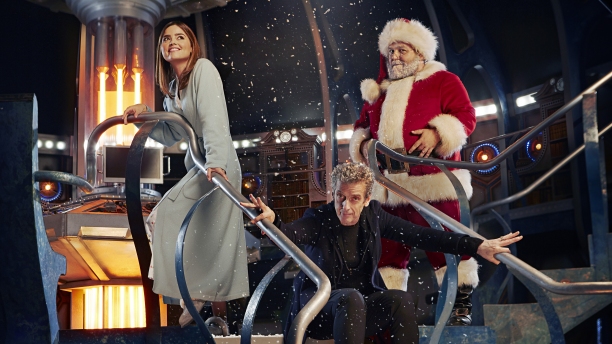 Airing for the first time this past week during the season finale of Orphan Black, the star of the brief teaser is the TARDIS, unfortunately. And, when we say brief, we’re being really, really kind. Don’t get me wrong, I’m a big fan of the iconic big blue box. But, at this point, I really need to see a bit of the Doctor (Peter Capaldi) and Clara (Jenna Coleman).  Quick, sweeping camera moves up, down and across all sides of the TARDIS just don’t do it for me this time. What about you?