As co-writer and co-director of BBC’s The Office, Stephen Merchant is best known for his collaborations with Ricky Gervais. The British writer, director, radio presenter, stand-up comedian and actor has, just recently, added a London West-End appearance to his CV with his first play, The Mentalists by Richard Bean alongside Steffan Rhodri at the Wyndham Theatre. 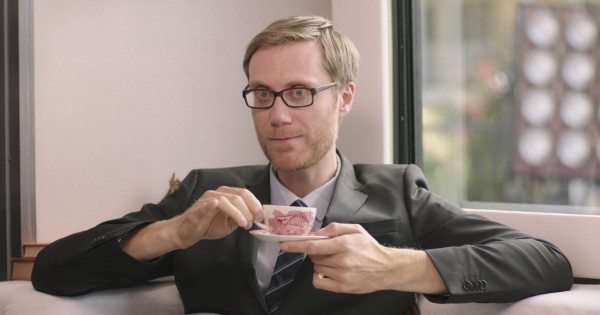 Known for his brilliant command of the English language, who better to address America on the Fourth of July holiday than the man, who Ricky Gervais likened to a ‘stick insect with glasses’, Stephen Merchant.