Still sporting his Jon Snow long-hair and beard, Kit Harington made his first post-Game of Thrones appearance last week at The Championships at Wimbledon, immediately setting the Internets hair on fire. While it may be small hope, there is hope, nonetheless, that Harington’s character, Jon Snow, might reappear after being left to die in the cold at the end of season five. Don’t you just love it when speculation kicks in to high gear over a photo? 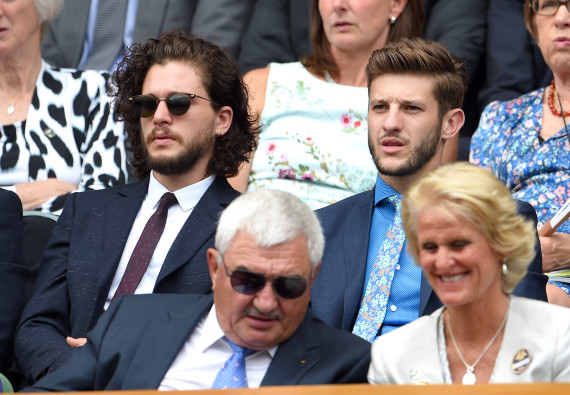 Snow or no Snow, timing is everything. Wimbledon came along at just the right time given the fact that many are just now getting over the shocking ending to series five of Game of Thrones. If you were unable to catch a glimpse of this years’ Championship and whether Snow returns or not, viewers can get a glimpse of both Harington AND Wimbledon in the new HBO mockumentary, 7 Days in Hell, airing Friday, 11 July. Harrington will play a rather dim-witted tennis player Charles Poole, whose rivalry with playboy champion Aaron Williams, played by Saturday Night Live‘s Andy Samberg, culminates in an epically brutal seven-day five-set match at Wimbledon 2004. 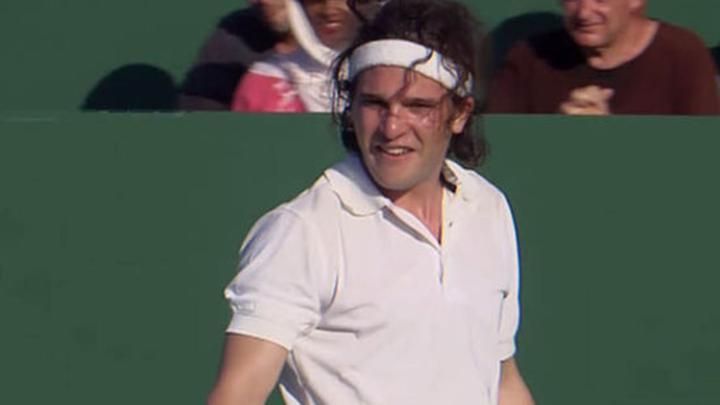