They say a picture is worth a thousand words. True enough. But when the picture happens to be the first one that has been released for some time teasing the new Sherlock episode headed to our collective telly screens this holiday season, it’s mind-boggling how a single picture can set the Internets hair on fire. 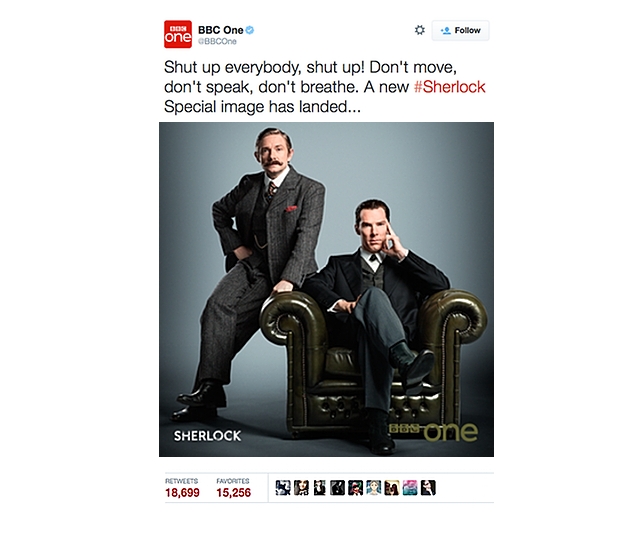 The first day at Comic-Con International 2015 in San Diego started with a simple under-140 character tweet from BBC One which does its best to confirm what we have known for some time and that’s the fact that the forthcoming BBC/PBS Sherlock special will, indeed, be set in the Victorian Era. Before this starts up any rumor mill or conspiracy theory about this is deviating from the core concept of the series being set in the 21st Century, this is a one-off special that should be considered an historical adventure that stands alone from the rest of the series.

OMG! – My day/week/month just got infinitely better as after the tweet/photo appeared came the first trailer for the special one-off that should see the light of day on both BBC One and PBS towards the end of 2015 or, perhaps, New Years Day 2016! Enjoy!