Ok, so I might be in the midst of a mild case of ‘good old days’ syndrome when it comes to British comedy but there are days that I look at the current comedy output from the UK and long for the days when a new season of As Time Goes By, Keeping Up Appearances, Only Fools & Horses, Open All Hours, Fall & Rise of Reginald Perrin, Yes Minister or Vicar of Dibley was just around the corner. Don’t get me wrong, there are some definite present day keepers such as Miranda, W1A, Moone Boy and The Detectorists.

In recent years, there has been an effort to capitalize on ‘old-school’ comedy and try to revitalize for a new audience. Most recently, the one-off reboot of Open All Hours which starred Ronnie Barker and David Jason, Still Open All Hours, fared quite well with both an audience that fondly remembered the adventures of Arkwright and a new audience that appreciated a gentler old-school style of comedy. So much so that a full series was commissioned following the one-off. Up next is a possible reboot of Brittas Empire, which starred Chris Barrie as Gordon Brittas, the incompetent boss of the Whitbury New Town Leisure Centre. 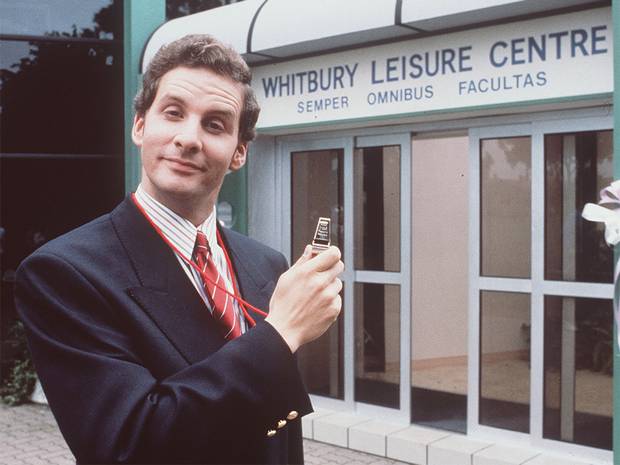 While it’s been almost 20 years since Chris Barrie ruled the roost at the Whitbury Leisure Centre, word from across the pond is that the BBC is ‘in talks’ to revive the hit 1990s comedy with a one-off special to air this Christmas. The original series ran for seven series and 53 episodes, including two Christmas specials, from 1991 to 1997. Even with the success of Still Open All Hours, the idea of rebooting a popular series of old for pure nostalgia sake does not guarantee that a sitcom will be a success. Trying to introduce a new generation of British comedy fans to a 21st Century Brittas Empire may prove to be difficult but given the current state of comedy output today, it’s definitely worth a shot.

Just in case you need a bit of a Brittas Empire refresher, here’s a typical day at Whitbury Leisure Centre. Gordon is getting ready to meet the Duchess of Kent. But things are going wrong when the electric doors aren’t working properly and the water from the swimming pool is disappearing and the temperature rises.