Fear not, rabid fans of Poldark and Aidan Turner, the following news will in no way delay Captain Ross Poldark riding his horse up and down the Cornish coastline from one side of your telly screen to the other in the not-too-distant future. The second series of Poldark is due to begin filming in September so we are good to go for a 2016 return.

Up next and in a bit of a different role from his current stint as Captain Ross, Aidan Turner stars as Philip Lombard, a traveler and former military man with a mysterious past in the television adaptation of the Agatha Christie classic, And Then There Were None. Christie described the character as someone “…who might do several murders in some quiet out-of-the-way spot.” Christie went on to say he was a dangerous man who carries a gun and moves “like a panther.” 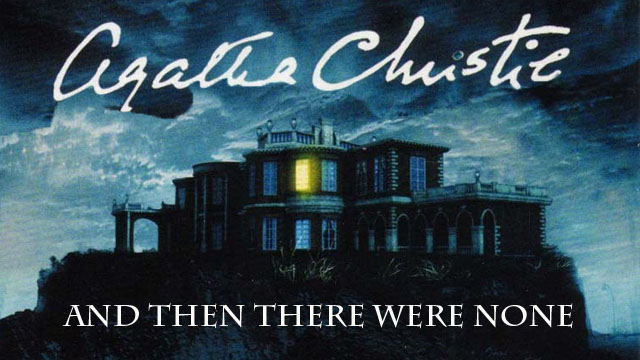 Produced by Poldark producers Mammoth Screen, And Then There Were None is set in 1939 and tells the story of a group of people who come to Soldier Island, an isolated rock near the Devon coast. Unbeknownst to them as to why they are ‘invited’ and cut off from the mainland, with their generous hosts Mr and Mrs UN Owen mysteriously absent, they are each accused of a terrible crime. When one of the party dies suddenly they realize they may be harboring a murderer among their number. One by one they are picked off by a killer who seems to be taunting the victims with an ominous nursery rhyme mimicking the awful fates of its ‘Ten Little Soldier Boys’.

The best selling crime novel of all time with 100 million copies sold worldwide, And Then There Were None is set to become the second in a set of BBC1 mystery dramas (Partners in Crime with David Walliams and Jessica Raine being the first) that celebrates the 125th anniversary of Agatha Christie’s birth which, hopefully, will also find a home on American public television in the future. Filming has begun on the three-part mystery which also stars Charles Dance (Game of Thrones), Sam Neill (Reilly: Ace of Spies, Peaky Blinders, The Tudors), Miranda Richardson (Blackadder, Mapp and Lucia), Toby Stephens, Douglas Booth (Great Expectations, The Riot Club) and Anna Maxwell Martin (The Bletchley Circle, Death Comes to Pemberley).

Mathew Prichard, Chairman of Agatha Christie Limited and grandson of Agatha Christie added: “I am so excited that this, the most iconic of Agatha Christie stories is being made for television with this truly extraordinary cast. My grandmother would be thrilled to know that a new generation will be able to enjoy And Then There Were None when it appears on the BBC.” And selfishly, I might add, on an American public television station near you at some point…