While millions of card-carrying members of the Downton Abbey-Nation are still coming to grips with the reality that the doors to Downton will close after series 6 this Fall in the UK and Winter 2016 in the U.S., the individuals both above and below the stairs that audiences have become so attached to over the past six years have already begun to plan for their post-Downton Abbey careers.

With audiences having had to endure more than the law allows the last several years what with the likes of Matthew, Lady Sybil and O’Brien all leaving the series to become involved in other television and film projects, it’s been next to impossible for those woven so deep in the story lines to find the time for other projects.

With a time commitment of roughly mid-February through mid-August for filming and then the promotion that keeps them out and about both in the UK and America, it’s next to impossible to sign on to other acting jobs for any length of time. American audiences have recently been treated to seeing Kevin Doyle (Mr. Molesley) in Crimson Field while Lily James (Lady Rose) found time to star in Kenneth Branagh’s Cinderella (with her Downton Abbey co-star, Sophie McShera) and the upcoming BBC series, War and Peace.

For Michelle Dockery, who plays Lady Mary, she’s not wasting any time once her DA commitments come to an end as she heads to America to star in Good Behavior, a pilot drama for TNT from Wayward Pines creator Chad Hodge. 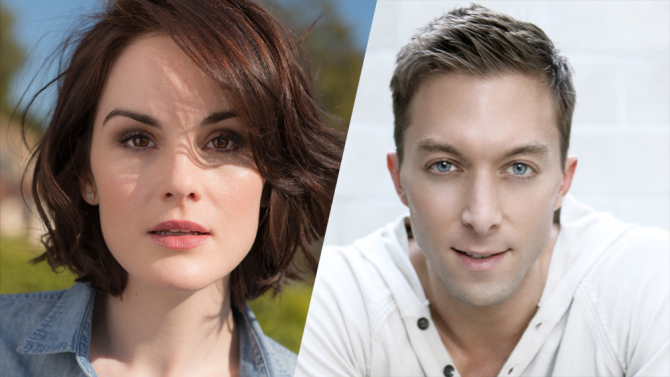 In what will be a massive departure from her Lady Mary role, Dockery stars as Letty Dobesh, a thief and a con artist whose life is always just one bad decision from implosion, which is exactly how she likes it. Fresh out of prison, Letty is attempting to stay afloat, but when she overhears a hit man being hired to kill a man’s wife, she sets out to derail the job, putting her on a collision course with the killer and entangling them in a dangerous and seductive relationship.

While this isn’t quite going to be her Good Behavior role, this ‘TNT pilot promo’ from Funny or Die with Dockery starring as Connie Tough in Tough Justice would definitely be something I’d set the DVR for should it ever be picked up for a series run.