Buck up, little Grantchester campers, ITV has confirmed that filming is about to begin on the second series of stories which takes its inspiration from a book by James Runcie, head of literature at the Southbank Centre in London and whose father Robert was Archbishop of Canterbury in the 1980s. The vicar-turned-detective adaptation is set in 1950’s Cambridgeshire with James Norton (Happy Valley, Death Comes To Pemberley) returning in his role as Sidney Chambers, the charismatic, charming, crime-fighting clergyman, and Robson Green (Touching Evil, Strikeback, Wire In The Blood) returning as his partner in crime, Police Inspector Geordie Keating.

If you are new to the series, Grantchester focuses on the crime-solving relationship between Chambers whose use of intuitive techniques of coaxing information from witnesses and suspects clashes a bit with an over-worked Police Inspector Keating and his more methodical approach to policing. 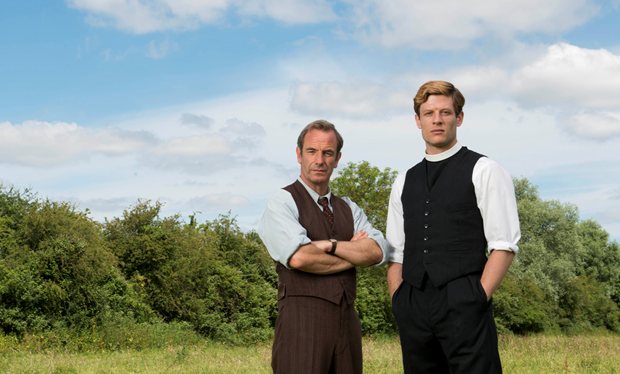 When we last left Grantchester, Geordie was shot on duty in the final episode of the last series, which aired on PBS in January 2015. A year on, for the second series, he appears to have put this behind him. But underneath his carefree exterior there are new feelings of vulnerability, and this puts a strain on his relationship with Cathy, and his friendship with Sidney. For series two, the vicar is still single and Geordie makes it his mission to find him a woman. But the handsome vicar clearly still only has eyes for Amanda, whom we last saw when she was about to marry Sidney’s rival Guy.

For series two, which will be adapted from Runcie’s second Grantchester Mysteries novel, “Sidney Chambers and the Perils of the Night”, it’s 1954 and murderers were still hanged. In this new series Sidney and Geordie have to face up to the consequences of becoming such an accomplished crime fighting duo. For Sidney, in particular, as the vicar in a small village this becomes increasingly difficult. The six new episodes will be filmed in London, Cambridge, and Grantchester, the picturesque Cambridgeshire village whose residents warmly welcomed the production team and embraced the drama being filmed in their community.

In addition to the principles of Norton and Green, returning cast members for the second series include Tessa Peake-Jones (Marchlands, Only Fools and Horses) as Sidney’s indomitable housekeeper, Mrs Maguire, Morven Christie (Hunted, From There To Here) as Sidney’s glamorous friend Amanda and Kacey Ainsworth (EastEnders, The Wright Way) as Geordie’s wife Cathy. In addition, Al Weaver (Southcliffe, Sherlock) will reprise his role as curate Leonard Finch and last but not least, let us not forget Dickens, the black Labrador, who will also return. 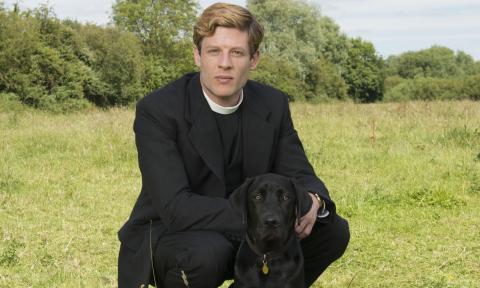 Look for the second series of Grantchester on ITV and PBS sometime in the later part of 2016.