The mid-80’s British cult classic, is getting a bit of a new life…sort of. Headed by Jason Connery, who took over for Michael Praed to lead the band of Merry Men after Robin of Loxley was killed at the end of series two, all of Sherwood Forest’s outlaw principles will be back along with Nickolas Grace who will reprise his role as the Sheriff of Nottingham. 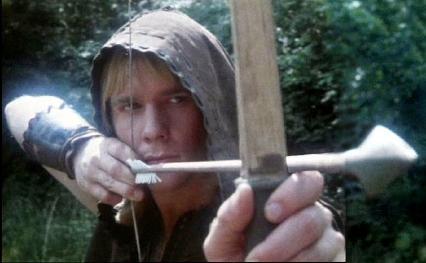 The story, “The Knights of the Apocalypse”, was originally written by the show’s creator Richard “Kip” Carpenter after the end of the series, but never filmed. But now, thanks to Bafflegab Productions, fans can hear the tale when it’s released in early 2016. The original Robin of Sherwood was considered to be one of the truest adaptations based on the legend of Robin Hood and his efforts after Loxley, Robin’s childhood village, was burned.

In other ‘Robin Hood’ news, I was more a fan of the 2006 Robin Hood series which stared Jonas Armstrong as Robin of Loxley. As Robin returned to England after several years of fighting in the Third Crusade as part of the King’s Guard, he is met with the unpleasant notion that the Sheriff of Nottingham is now ‘running the town’, but is pleased to see that Lady Marian, played by Lucy Griffiths, is still unmarried. If you are a fan of this version, you are well aware of the familiar faces in the cast. If not, you’re in for a treat.

Aside from a couple of Spooks/MI5 alumni, Richard Armitage (Sir Guy of Gisborne) and Lara Pulver, who plays Gisborne’s younger sister, does the name Joanna Froggatt ring a bell? Think Anna Bates. Yes, Joanna Froggatt starred in the third series of the 2006 series, Robin Hood, as Kate, a Loxley villager who is soon to leave the village of Loxley and join up with Robin Hood (Jonas Armstrong) and his outlaws in the forest after falling foul of the Sheriff of Nottingham and Sir Guy of Gisborne. 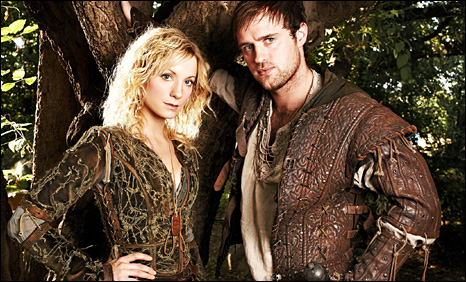 During filming in Hungary in 2008, the future Anna Bates seemed pretty excited about the physicality of her role as Kate. “I get to wear amazing period costumes and I’ve been doing some fighting in the forest. In one scene I had to kick one of the actors in the stomach. It had gone really well in previous goes but in the last one I somehow managed to split his lip and he needed three stitches. I felt so bad I nearly cried but he was really good about it”, said Froggatt.

For my money, the third and final series of the 2006 adaptation of Robin Hood was the best of the three with the production value really stepping up to epic proportions for the times. Story lines were better, action scenes were better and with the talents of Armstrong, Armitage, Pulver, Froggatt and others, how could you go wrong!