There’s a bit trouble right here in River City over the forthcoming charter renewal of the BBC. The Royal Charter is the constitutional basis for the BBC. It sets out the public purposes of the BBC, guarantees its independence, and outlines the duties of the Trust and the Executive Board. The current Charter runs until 31 December 2016.  The renewal of the Charter and Agreement provides a rare opportunity for Government, Parliament and the public to influence how the BBC is financed and operated. Parliament’s only formal involvement with the BBC’s affairs is through the regulations needed to implement the license fee settlement. That, my friends, is where the trouble begins…

A recent study or ‘deprivation experiment’ saw the BBC commission two separate studies in which families were deprived of all BBC services. Sounds pretty easy, right? We’ll think about it. No television, which means no watching BBC News, Doctor Who, Top Gear, Poldark, Great British Bake Off or Sherlock. Still, easy enough for two weeks, you’re saying, just watch on demand or listen to Desert Island Discs or a really good radio drama on BBC4. Not so fast. The test also means there would be no iPlayer, no BBC Radio 1, 2, 3, 4 or 5 Live and no BBC online either. You would not be allowed DVDs of BBC shows, and absolutely no local radio.

The concept of a ‘license fee’ is based on the premise that everyone with a television set who watches and/or records live television transmissions whether it be terrestrial, satellite, cable, or internet, must pay a predetermined fee to receive BBC programming. The Government, who sets the level of the license fee, decided to freeze the license fee at its 2010 level of £145.50 (approximately $225 per household) if you own a color TV set until 31st March 2017. The annual license fee for a black and white set (who knew these still existed!) was frozen at £49 ($75) annually. The income from the license is primarily used to fund the television, radio and online services of the BBC. The total income from license fees was £3.735 billion in 2014. 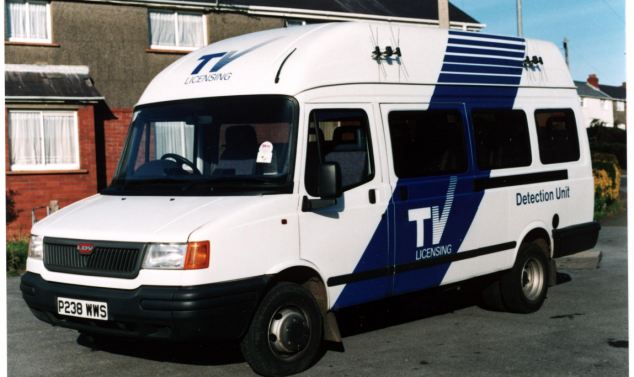 The initial findings found that the majority of those who participated in the study came away with a greater appreciation of the BBC, having realized that their use of BBC services was much greater than had thought. “Some families weren’t aware of how much they used the BBC, even those who were skeptical,” said a senior BBC source. “The results are extraordinary and will provide a massive fillip for the BBC in its negotiations with the Government.” A more extensive study using a larger number of families took place in spring and produced “very similar” results, according to the source. It seems that “the vast majority” of families also finished the second study with a greater appreciation of the BBC than when they began.

According to RadioTimes.com, the results of both studies will be published later this summer and will include videos of the families talking about their experiences. It is believed that these will be released online and used by the BBC in its campaign to secure a generous charter from the Government. Described by many as the UK’s “cultural NHS”, the BBC finds itself in a fight for its’ life as upcoming charter discussions continue over the next 18 months. On the government side, there is a proposal to require the BBC to foot the license fee bill for everyone 75 years of age and older. At a cost of close to £650 million, this would severely curtail if not cripple the overall content output for decades, if not longer. While a number of individuals both in front of and behind the camera have come out in support of the Beeb, no one said it more brilliantly than the great Graham Norton describing the ‘deprivation test’ as only he can. “I think they should switch off the BBC for two months,” he told the Daily Telegraph. “Just put £24 into everyone’s bank account, and switch the BBC off for two months, and people would s*** themselves.”

One has to think that the findings will be extremely important during the next phase of determining the future of the BBC charter and license fee. There is a fascinating ‘fight’ materializing before our eyes about the future of the BBC which is eerily reminiscent of the numerous ongoing discussions here in America over the importance and overall value of PBS and NPR. I have to believe that anyone who is regular viewer of PBS or listener of NPR subjected themselves to a significant amount of time away from both services, they would also find out they have a greater appreciation for the content, whether it be the quality educational children’s programming, the drama, news and public affairs, science and nature, comedies, lifestyle programming, independent films or the locally produced programming and realize they watch and consume more local PBS station content than they thought.

The next 18 months will be interesting to say the least…