A sigh of relief was heard throughout the land yesterday as ITV announced that the members of the Major Incident Team (MIT) of the Manchester Metropolitan Police will do their best to make the streets of Manchester safe, once again. Suranne Jones, who conceived of the original idea for Scott & Bailey with fellow actress Sally Lindsey, will return as DS Rachel Bailey along with Lesley Sharp as Janet Scott and Lindsey as Rachel’s sister, Alison. 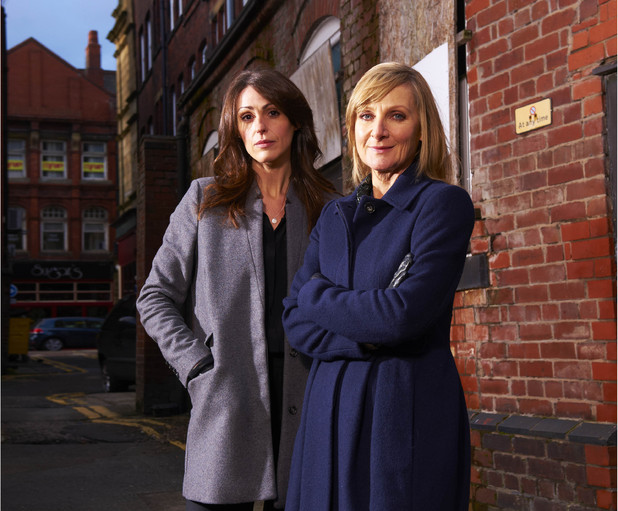 Series 5, which will begin filming in and around Oldham, Manchester in September,  will be comprised of one, three-part special series featuring a single crime story. According to producers, the three-part format will allow the story to unfold with scale and ambition as the crime fighting duo of Scott & Bailey tackle one of the biggest and darkest cases they have ever had to face.

“We’re delighted to be returning to Scott & Bailey with an investigation that will have everlasting consequences for the characters,” said co-executive producer, Nicola Shindler. “This series is more ambitious and sinister than ever before and the concept of a three part story allows us the opportunity to tackle a story of epic scale and ambition,” she added.

For series 5, with DCI Gill Murray (Amelia Bullmore) retired, the Syndicate 9 Murder Unit is confronted with a terrifying and sinister Internet crime investigation of epic proportions. Using her Vice authorization, Rachel accesses a disturbing world where people brag about committing murder and lay down the gauntlet for the next victim. A game of ruthless life or death daring develops, as Scott & Bailey investigate multiple killers with horrifying and everlasting consequences. They will be changed forever and the investigation will take a devastating toll on their private, professional and personal lives.

I’ve always felt that Scott & Bailey was one of the most realistic and gripping police procedurals to come out of the UK. All you need to do is watch the series 3 final episode with the brilliant Nicola Walker holding DCI Murray at knifepoint for a pretty harrowing final car ride to understand just how gripping good telly can be. Written by Sally Wainwright (Last Tango in Halifax, Happy Valley), Scott & Bailey will return to ITV for a 5th series in 2016 with a public television broadcast in America not long after.