David Nobbs, the creator/writer of The Fall and Rise of Reginald Perrin, one of the classic British situation comedies of all-time, has died at the age of 80. Based on a series of novels penned by Nobbs and first broadcast in the late 1970s, the series brilliantly told the story of middle aged, middle manager, Reginald Perrin, played by Leonard Rossiter and his wife, Elizabeth, played by Pauline Yates.

“Reggie” was desperate to escape his dull marriage, disappointing children and the daily grind of his seemingly pointless job as a sales executive at Sunshine Desserts along with his oppressive boss, C.J. The mundane nature and apparent insignificance of his own life lead Reggie to endlessly dream Walter Mitty-style about a better life, a life that didn’t begin each day chronicling the decline of British Rail with increasingly bizarre reasons for being late to work. 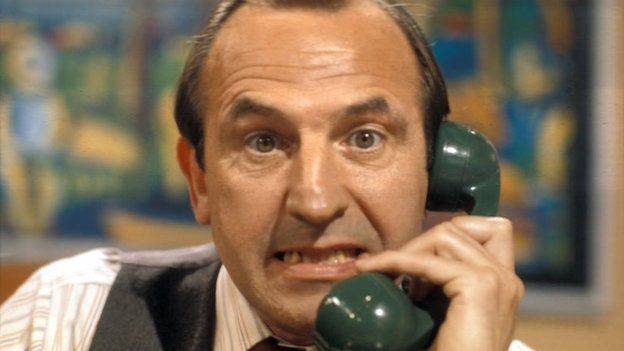 Known for his ability to create memorable characters, Nobbs wrote over 20 novels in addition to writing for That Was the Week That Was, The Frost Report and The Two Ronnies. Nobbs was also a was also a longstanding patron of the British Humanist Association.

BHA chief executive, Andrew Copson, said of Nobbs, “David’s writing was always funny, sharp, and acutely aware of what made people tick. He wrote beautiful stories which captured the essence of the human experience, tapping into the emotions and experiences we all share. His books and scripts got to the heart of what it is that makes us human.”

Described as one of the leading comedy writers of his generation, Nobbs’ work did not go unnoticed amongst today’s top British comedy stars and has continued to serve as an inspiration to set the bar high for those hoping to be the next David Nobbs. The Office creator/writer, Ricky Gervais, perhaps said it best with a tweet earlier today.

On behalf of all of us that recognize the brilliance that is The Fall and Rise of Reginald Perrin, thank you for the years of smiles and laughter you have provided us.

If you aren’t familiar with The Fall and Rise of Reginald Perrin, here’s a classic episode to get you hooked on a possible binge-watch of all 21 episodes in the not-too-distant future.