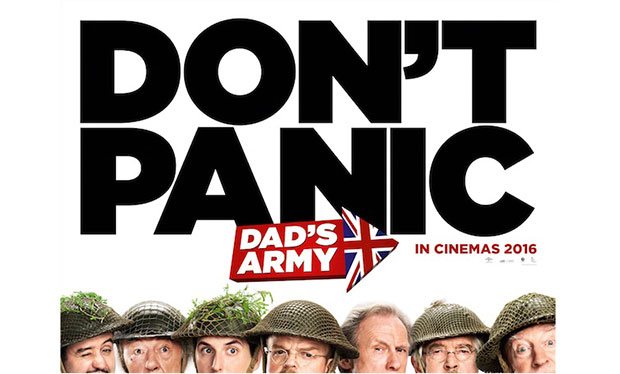 Don’t Panic! Regardless of whether or not Dad’s Army has ever been on your radar, the forthcoming big screen treatment that is set to hit cinemas in February 2016 is well worth a look. The original Jimmy Perry and David Croft’s British comedy followed the escapades of a group of amateur soldiers as they tried to protect a quiet seaside town from a Nazi invasion during WWII. The re-make will follow the Home Guard as they ready themselves to invade France at the height of World War II. The film is set in 1944 when the Allies are in the final months of planning before D-Day. A mysterious radio signal from Walmington-on-Sea to Berlin puts the whole operation at risk.

The biggest news, however, is the cast. The big-screen adaptation of Dad’s Army, the classic BBC wartime comedy which aired on BBC1 from the late 60’s to the late 70’s, has pulled together some of the biggest names (outside of Benedict Cumberbatch, of course) for the film headed by the off-the-charts talents of Michael Gambon, Bill Nighy, Toby Jones, Tom Courtenay and Catherine Zeta-Jones, who plays a rather striking journalist, Rose Winters, who also just happens to be a spy among the ranks which, as you can imagine, sends the Home Guard into a bit of a spin. 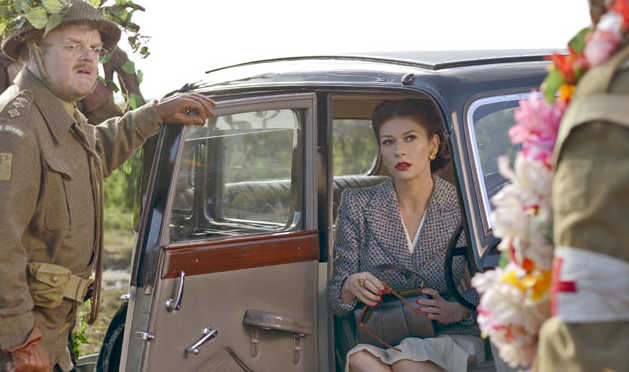 Danny Mays, who I thought was absolutely brilliant in Ashes to Ashes, takes on the role of Private Joe Walker, the man responsible for getting supplies that are supposed to rationed. Seems appropriate as, in the original TV series, Private Walker was discharged from the regular armed forces because of an allergy to corned beef. 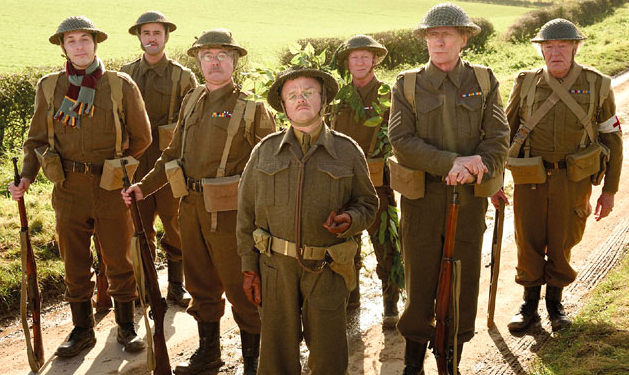 If you still need a bit more to get you off the sofa and out to the cinema, Sarah Lancashire will bring her brilliant work in Happy Valley and Last Tango in Halifax to the film along with Sherlock co-creator/writer, Mark Gatiss, Gavin & Stacey star, Alison Steadman, and Annette Crosbie, who can most recently be seen alongside David Tennant and Rosamund Pike in What We Did on Our Holiday in a few as yet to be determined roles. Ian Lavender (pictured below along with Mark Gatiss), the original Private Pike, is set to play a cameo role in the new film, with co-creator/writer Jimmy Perry acting as executive producer. Lavender’s role in the new film will be played by Inbetweeners star, Blake Harrison.

Now do you believe me?