After more than two years in production, the BBC has finally released a few choice pics from the forthcoming six-part series, War and Peace, which is headed to BBC1 in late 2015, followed by an early 2016 broadcast in the United States.

With new images of Natasha Rostova, played by Downton Abbey‘s Lily James, Paul Dano (12 Years a Slave) as Pierre Bezukhov and James Norton (Grantchester, Happy Valley) as Prince Andrei Bolkonsky, the 21st century small screen incarnation of War and Peace will take on the herculean task of trying to convince a new generation that Tolstoy’s epic novel, “War and Peace”, is not the daunting, exceedingly dry book that many used as a paperweight/door stop in college but rather a timeless drama full of the modern-day dilemmas affecting teenagers through time. 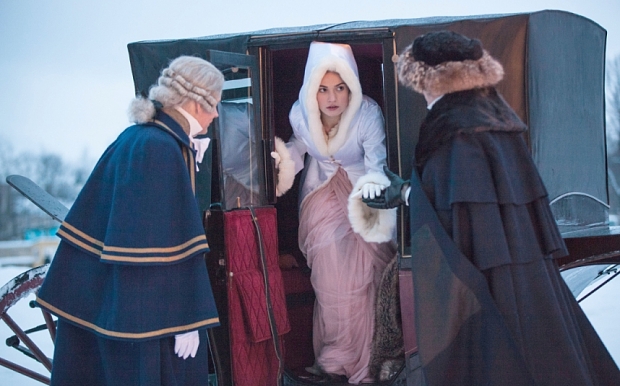 Scripted for the small screen by Andrew Davies (Pride and Prejudice, Bleak House, House of Cards), War and Peace details the events surrounding the French invasion of Russia in the early 19th Century, and the impact of the Napoleonic era on Tsarist society, as seen through the eyes of five Russian aristocratic families.

“I think what struck us was how fresh and contemporary the characters were, how young they were and just how universal and timeless it is”, said Faith Penhale, head of drama at BBC Wales. “They fall in love with the wrong people, they make mistakes, they fall out with their parents, they put ambition before everything. They just do what young people do.” 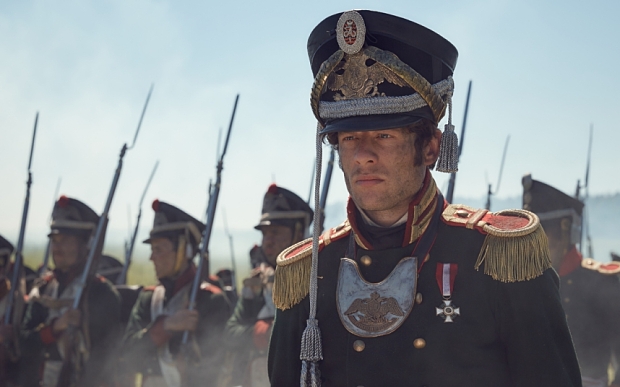 The fact that the “new” War and Peace is only 6 hours in length will go a long way in their quest to attract a new generation of viewers. The last time War and Peace was on the BBC was a major 20-part series over 40 years ago in 1972, starring Sir Anthony Hopkins.

Look for War and Peace on BBC1 this Fall with an American version not too far behind in January 2016.