The Widower heads to PBS this Fall, starring Reece Shearsmith (League of Gentlemen), Sheridan Smith (The C Word) and John Hannah (A Touch of Cloth). The Widower tells the factual story of real-life convicted murderer Malcolm Webster, a seemingly mild-mannered (aren’t they all) male nurse who, over a 13-year period, set about poisoning and murdering his first wife, attempting to do the same to his second wife and moving on to a further scheme to deceive his third fiancée. Shearsmith is eerily brilliant in his portrayal as Webster with Smith starring as Webster’s first wife Claire Morris. 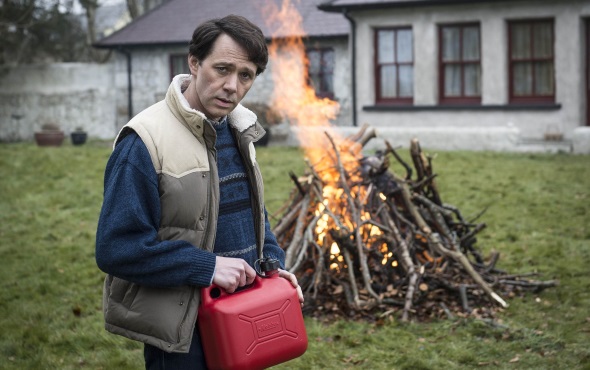 In real life, in the longest criminal trial with a single accused person in Scottish legal history, Webster was handed one of the longest jail terms ever imposed in Scotland when he was sentenced to 30 years at the High Court in Edinburgh in 2011. He was convicted of murdering Ms Morris, 32, in Aberdeenshire in 1994, to inherit a £200,000 life insurance payout, after drugging her, staging a road crash and setting fire to the car as she lay unconscious inside.

Webster was also convicted of trying to kill his second wife, Felicity Drumm, in New Zealand in 1999 in another staged crash with more life insurance payouts waiting in the wings. Police finally caught up with the former nurse from Guildford in Surrey as he was planning a further scheme to ‘take care’ of his third fiancee.