In the endless broadcaster search to uncover anything that might find an audience up against the final series of ITV’s Downton Abbey, the BBC will be upping its steamy quotient hoping to capitalize on Poldark-mania with a new television adaptation of D.H. Lawrence’s Lady Chatterley’s Lover this September. While some critics have already jumped on the ‘borders on porn’ bandwagon and others promise there will be ‘no raised eyebrows over supper’, much has changed in Britain since the original 1928 novel was banned for over 30 years for its obscene language and graphic sex scenes only to be published uncensored for the first time in 1960.

The newest adaptation will definitely not disappoint viewers from the sexual aspect of Lawrence’s work but the language that was featured prominently in the original novel and in early versions will be absent, according to writer/director, Jed Mercurio, who thinks trying to shock modern audiences with the original language would be pointless and no longer ‘groundbreaking’. “I think putting Lady Chatterley at the center and making her a much more thinking person, much more decisive, was one of the most important things. The idea was to tell this as a love story, a love triangle – to concentrate on the emotions of the characters”, said Mercurio. 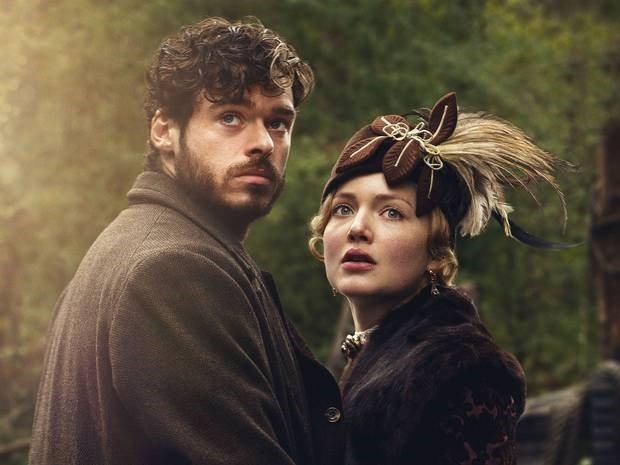 Starring Holliday Grainger as Lady Constance Chatterley, with Grantchester‘s James Norton playing her ‘war-wounded’ impotent husband Sir Clifford Chatterley and former Game of Thrones star Richard Madden as gamekeeper Oliver Mellors, Lady Chatterley’s Lover tells the early 20th century story of Lady Chatterley’s passionate love affair with Mellors despite their class differences. Madden also echoed the sentiments of the Line of Duty creator/writer by telling critics, “It’s just about these three people which is the fascinating story of it. There’s sex and passion in it but we are not going to shock people like the book did.