Putting the last six years of playing sweet and innocent Anna Bates in her rear view mirror, Downton Abbey‘s Joanne Froggatt has already begun filming on her next project, Dark Angel, for ITV. The ‘did-she-or-didn’t-she-kill-Mr-Green’ downstairs ladies maid has stepped back in time to play real-life Victorian serial murderer, bigamist and adulteress Mary Ann Cotton. Dubbed Britain’s first female serial killer, Cotton racked up an extraordinarily high body count in a short period of time by secretly poisoning her victims in order to better herself socially and financially while, surprisingly, remaining unsuspected by Victorian society. 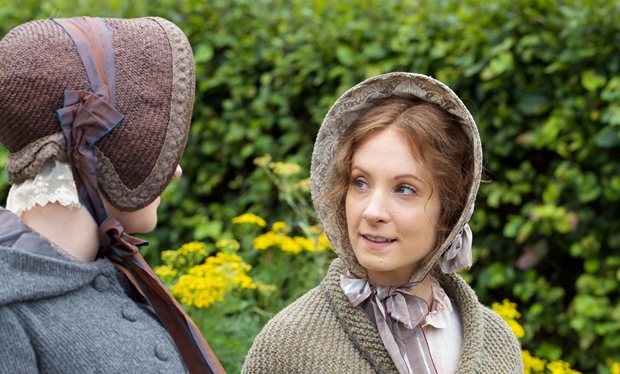 Nothing like adultery, bigamy, fraud and murder to be able to better yourself socially and financially. The obvious downside, however, is that the more she kills, the greater the risk her crimes will finally be exposed.

Fortunately, we all know how the story of Mary Ann Cotton turns out. Unfortunately, we are going to have to wait until at least September when the final series of Downton Abbey returns to find out how things turn out for Anna Bates.