Much like Suranne Jones (Scott & Bailey, Touch of Cloth, Unforgiven, Secret of Crickley Hall), there is very little that I won’t watch the features Nicola Walker. From her stint as GCHQ Senior Intelligence Analyst, Ruth Evershed, in Spooks to her genius efforts in Touching Evil, Scott & Bailey, Heading Out and, most recently, Last Tango in Halifax, anything that features her acting talents will immediately signal to me that its worth watching. You can now add the forthcoming Unforgotten to my DVR list of ‘must-see-TV’ featuring the former Cambridge Footlights member.

The six-part Unforgotten focuses on a ‘cold’ murder case from almost four decades earlier, when the bones of a young man are found beneath the footings of a demolished house. An investigation begins that will unravel the lives of four people who have been waiting for this moment for nearly forty years, as they discover that the past can’t, and won’t, stay buried for ever. 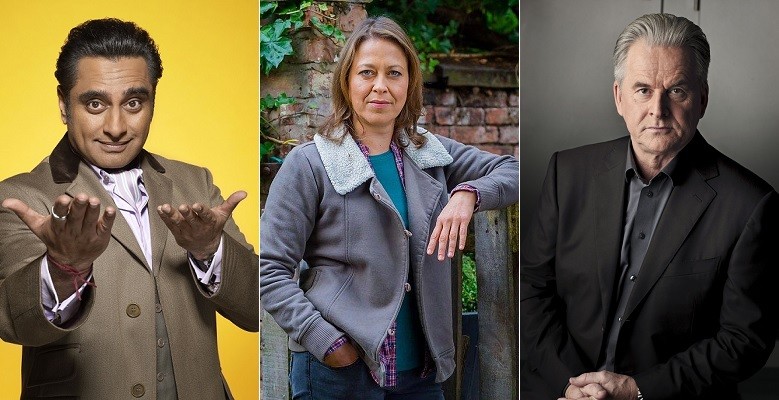 Unforgotten boasts a stellar cast with Walker and Sanjeev Bhaskar (Kumars at No. 42) taking the lead roles as DCI Cassie Stuart and DS Sunil ‘Sunny’ Khan, the modern day police team who gradually unravel deep-rooted and long-forgotten secrets, which will have a dramatic impact on their investigation and the lives of four potential suspects, Father Robert Greaves (Wolf Hall‘s Bernard Hill), Sir ‘Frank’ Philip Cross (Waking the Dead‘s Trevor Eve), Lizzie Wilton (Ruth Sheen), and Eric Slater (Sir Tom Courtenay). The slow revelation of these secrets as Cassie and Sunny hunt for the killer will alter the dynamic of the families and their loved ones forever.

While there are a lot of questions to be answered beginning with who is the murdered boy, what happened in 1976 and which was the catalyst for his murder, the real underlying issue that comes to light is whether justice can ever be too cold to serve given the renewal of the pain and despair of the family nearly 40 years later and not really knowing just how well families ever really know one another.

Unforgotten with Nicola Walker and Sanjeev Bhaskar will premiere this September on ITV with a public television broadcast not too far behind, hopefully, as I have already cleared room on my DVR for this.