Filming has concluded, residents of both upstairs and downstairs have said their tearful goodbye to their Highclere Castle ‘home’ for the past six plus years and both creator/writer Julian Fellowes and Executive Producer, Gareth Neame, while a bit saddened at the prospect of ending the period drama juggernaut, have promised a very strong final series and that fans worldwide will be happy and satisfied with what happens to our characters. 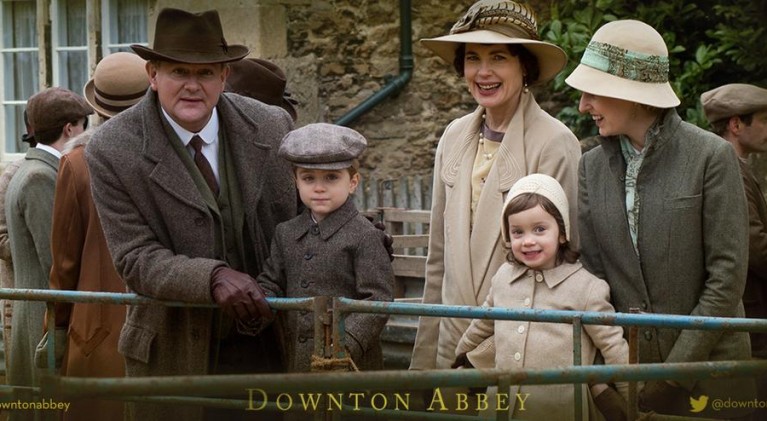 For those of you west of the Atlantic who are charter members of Downton Abbey-Nation that may look upon today’s announcement as cruel and usual punishment, we must persevere and consider our actions to be the poster child for a 1/2 full glass of water. For those east of the Atlantic, it’s time to get out your countdown calendars and put a big red circle around Sunday, 20 September as it has been officially announced that this will be Downton Day in the UK as, at long last, the first episode of the final series will premiere on ITV.

Here is it, your long-overdue first extended tearjerker deluxe look at the final “it’s time to say goodbye” series of Downton Abbey.

From the looks of it, I may have to buy stock in Kleenex. It definitely has the appearance that it’s going to be a box a show. Buck up, American Downton Abbey fans. Sunday, January 3, 2016 all be here before you know it and the series’ U.S. premiere on PBS Masterpiece.