Set in the summer of 1932, a time where India is dreaming of independence while the British continue to desperately cling to their colonial rule of India, Indian Summers stars Academy Award nominee Julie Walters (Harry Potter, The Hollow Crown) as Cynthia Coffin, the widowed owner of the Simla Royal Club. Nestled in the foothills of the Himalayas amongst the tea plantations of Northern India, the club is the center for gossip and entertainment where the British power-brokers are posted to govern during the summer months. For Cynthia, who is at the heart of Simla’s society, the thought of independence scares her to say the least even though Indian independence is still 15 years away (1947) as she can feel both Britain’s power and occupation of India beginning to decline. She is a force to be reckoned with, her influence spreads throughout the community. 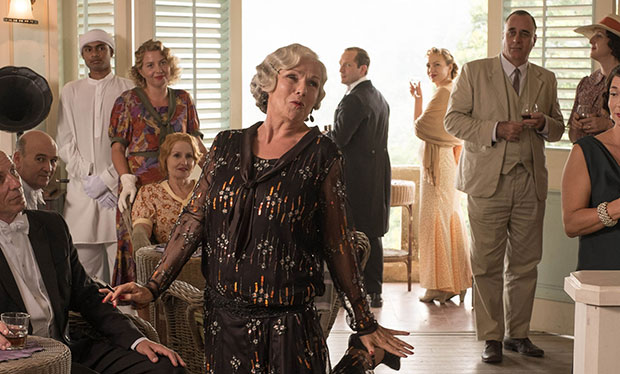 As the story of Indian Summers begins, drama is an understatement as there are too numerous to mention underlying stories of promises, secrets, politics, power, sex and love, all playing out as the British Raj begins to falter and a nation opens its eyes to the possibilities of freedom.

Commenting on her role in Indian Summers, Walters said, “To get a part like Cynthia is heaven at my age. She’s a Machiavellian personality, which I found really interesting: her morals are based on her practical needs rather than right and wrong. She does things that aren’t right but utterly believes they are. She knows everybody’s secrets. And I love the entertainer side of her. She’s great fun, as well as having this darker side.”