Yesterday’s impromptu London adventure marked 25 years since the Mr. Bean pilot was shown on British television back in 1990. Mr Bean’s day out began in St James’ Park where Mr. Bean, a.k.a. Rowan Atkinson, stopped for a selfie with the Millennium Eye and bought an ice cream. After a brief stop at the Knightsbridge department store, Harrods, it was off to the Mall with a police escort normally reserved for members of the Royal Family, arriving in style at the front gates of Buckingham Palace where a pile of small presents and a relatively large crowd of sightseers awaited. 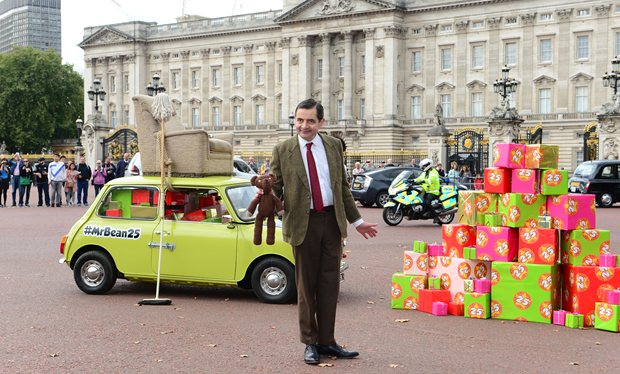 Not quite sure this is what the crowds who were waiting at the gate for a glimpse of the Queen had in mind but with over 63 million fans on Facebook, Mr. Bean was definitely the next best thing. With Teddy in tow, this was a day not to be forgotten for generations of fans who grew up with the mostly silent icon and were now able to take their children to meet him.

“I’ve been a fan of Mr Bean since I was three years old so getting to meet him in person today was a dream come true“, said super-fan Matt Dille who presented his eccentric hero with a birthday cake. 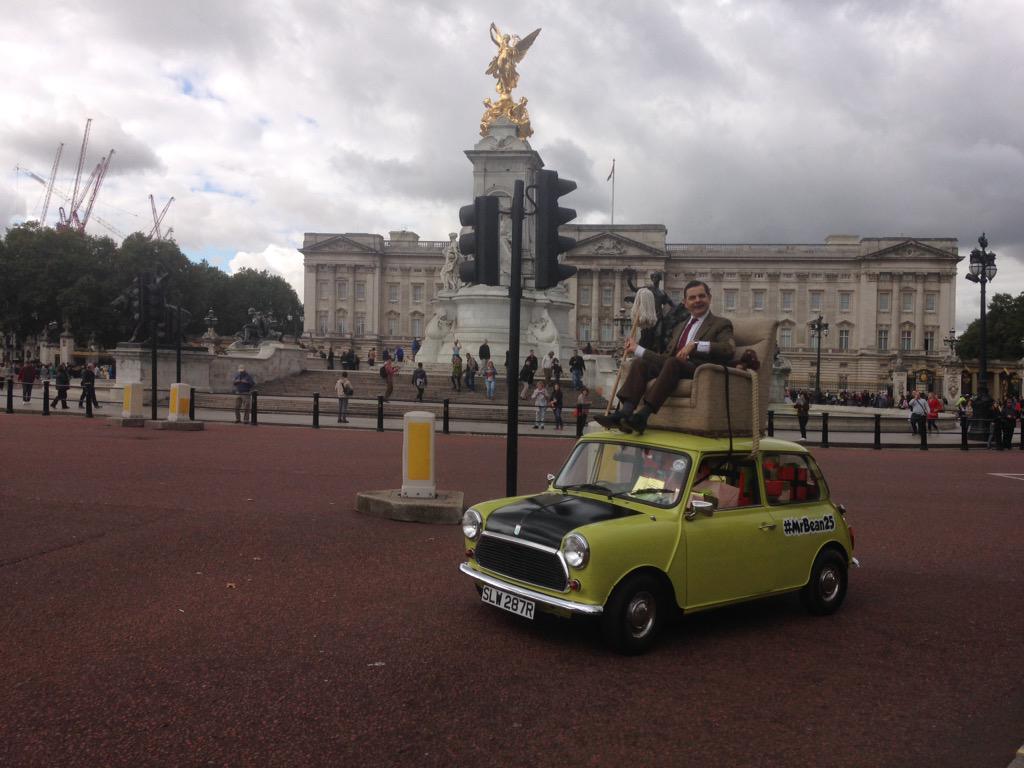 Unfortunately, Teddy didn’t seem all that excited about the birthday tour of the city. 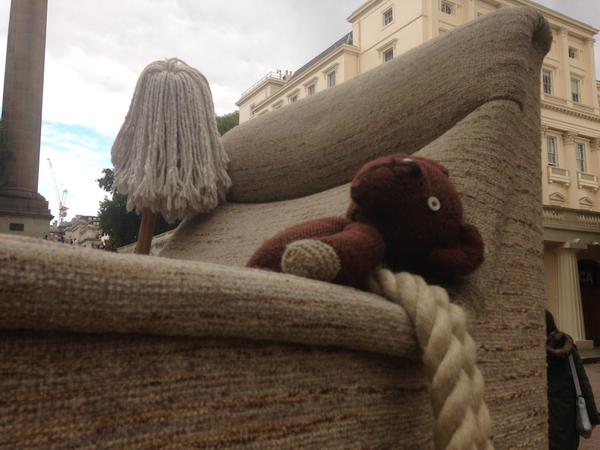 In case you are wondering the origin of just how Mr. Bean came by purchasing his original chair…and, how he was able to get it home, here’s a look from the original series which premiered in January 1990.