Is there no end to the far-reaching responsibilities of the Royal Family? On September 9, Queen Elizabeth will pass Queen Victoria’s reign of 63 years and 216 days. My guess is there will be a lot on the calendar in the coming week so, thankfully, for Her Majesty, the final series of Downton Abbey doesn’t transmit until Sunday, 20 September. It seems as though the 89-year-old monarch is also the series’ biggest fan.

However, unlike the rest of Planet Earth, when she settles in to watch an episode of Downton Abbey, she does so with a much keener eye than most. It helps, obviously, that she knows the historic locale where it is filmed, Highclere Castle, inside and out, which comes in quite handy as she relishes spotting things that may be amiss. 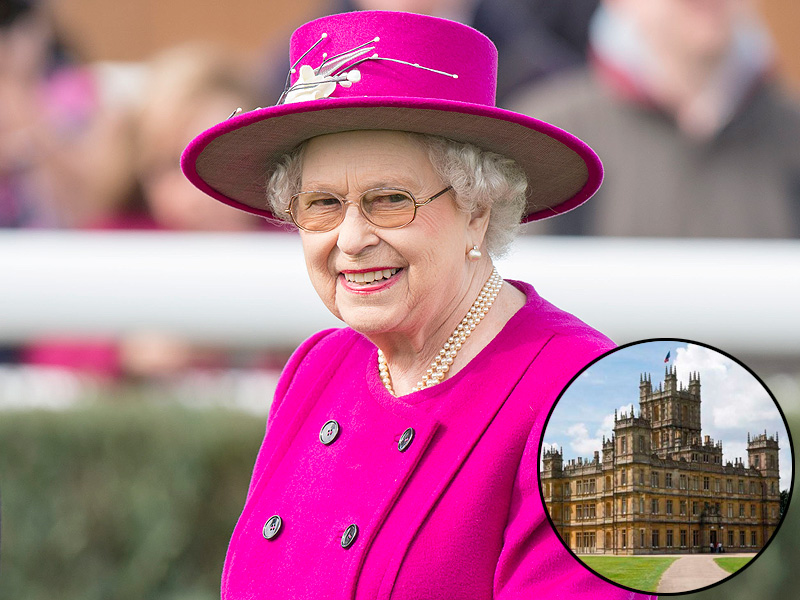 “She loves to pick out the mistakes,” author Brian Hoey recently told People. Hoey, who wrote At Home With The Queen, said that the 89-year-old is able to spot small inaccuracies in series creator/writer Julian Fellowes’ 20th century England drama even though the show already has one historical advisor scrutinizing every second of the production.

“They do tend to get it right. However, the Queen did notice on one episode that there was a young so-called British officer wearing medals which had not been awarded when he was supposed to be alive. He was fighting in the First World War and the medals on his chest did not come in until the Second World War.”

Seems as though The Queen isn’t the only member of the Royal Family that is keen on the series. Kate Middleton, the Duchess of Cambridge, payed a visit to the Ealing Studios ‘downstairs’ set of Downton Abbey back in March during production on the forthcoming final series. Thankfully, for all of us and for the Royal Family, Downton Abbey returns Sunday, 20 September for the beginning of the final series. From the looks of things, we had all better keep a few box of Kleenex handy.