I don’t profess to be a Game of Thrones expert. In fact, truth be told, I’m more than a couple of series behind most of the rest of Planet Earth. After Mad Men, Breaking Bad and, more recently, Mr. Robot, there just didn’t seem to be any more bandwidth available to get hooked on a series when you factor in what I’m actually supposed to be watching like Poldark, Doc Martin, Arthur & George, Indian Summers, Home Fires, Call the Midwife, Mr. Selfridge and, let’s not forget that Downton Abbey is just around the corner.

Given several recent events, however, I may have to purchase additional memory for a possible Game of Thrones binge-watching marathon in the not-too-distant future. It was announced earlier this week that both Ian McShane and Richard E. Grant would be joining the cast for the forthcoming series 6. If that wasn’t enough, I believe my tipping point came this weekend when it was announced that Essie Davis would be thrust into the world of Westeros. 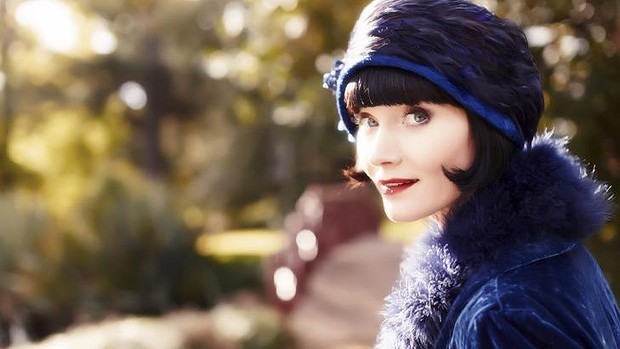 While the exact nature of the roles filled by McShane and Grant remain a closely-guarded secret, Davis, who is most familiar to public television audiences for her brilliant portrayal of Miss Phryne Fisher in the Australian mystery, Miss Fisher’s Murder Mysteries, has been cast as “Leading Actress” in a traveling theatre troupe.

According to reports, Davis’ acting role in the troupe will have her portraying Queen Cersei Lannister in a stage play that pokes fun at the world of Westeros while mocking the debauchery of the Queen. I have watched enough to know that this won’t go over well given the Queen’s conniving, manipulative nature. Rumors have Grant as the leader of the theatre troupe and appearing as King Robert. GOT casting bios list the leader of the troupe as one that specializes in ‘portraying drunken aristocrats’. Given his genius efforts as Simon Marchmont in Posh Nosh and his more recent stint as art historian, Simon Bricker, on Downton Abbey, it sounds right up Grant’s alley if you ask me.

Davis’ character is described as being a ‘fun, charismatic, rum-drinking actress in the troupe’. Like Grant, given Davis’ greatness on Miss Fisher’s Murder Mysteries, this sounds perfect. Pardon me while I go grab some more bandwidth…