From 1973 until the mid-80’s, Open All Hours, starring Ronnie Barker and David Jason as the penny-pinching South Yorkshire corner shop proprietor Albert Arkwright and his illegitimate nephew, Granville, sat atop the BBC comedy world for much of its’ existence. Ranking eighth in the 2004 Britain’s Best Sitcom poll, Open All Hours was created and written by Roy Clarke, whom you may know as the creator/writer of Keeping Up Appearances and Last of the Summer Wine.

With Arkwright’s (Barker) focus split between the shop and Nurse Gladys Emmanuel, who lived across the street, and Granville (Jason), the shop’s errand boy whose life is passing him by and constantly blames his work schedule for his non-existent social life, Open All Hours was patterned after the L E Riddiford store in Thornbury, South Gloucestershire. Clarke visited this small town while traveling around the South West and was said to have fallen in love with the shop layout and its owner, Mr Len Riddiford. The exteriors shots for both Open All Hours and Still Open All Hours were of an extremely redressed hairdresser’s salon on Lister Avenue in Balby which, during the Open All Hours years, would close for a Summer break each year to accommodate filming. 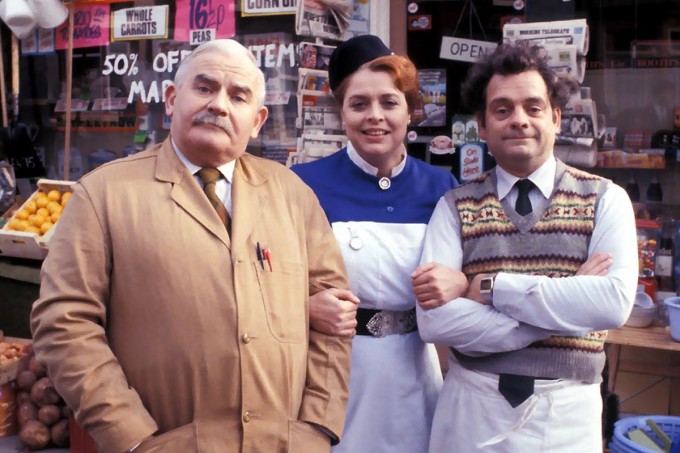 In Still Open All Hours, Sir David Jason reprises his role as Granville Arkwright, who has inherited the shop from his Uncle Arkwright and is now assisted by his own illegitimate son, Leroy (James Baxter). The series also reunites Lynda Baron (Nurse Gladys Emmanuel), Maggie Ollerenshaw (Mavis) and Stephanie Cole, who plays local ‘Black Widow’ Mrs Featherstone from the original Open All Hours series. 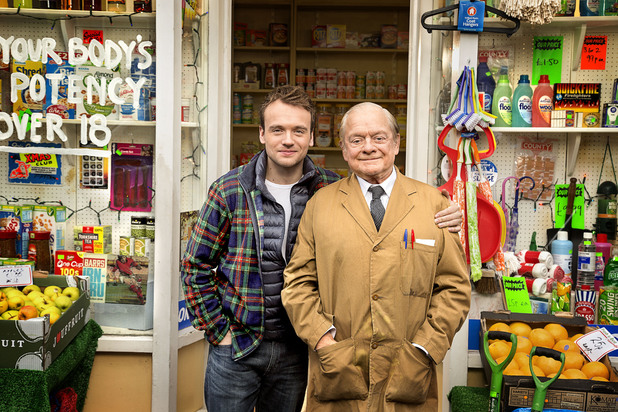 In 2013, Still Open All Hours picked up right where its’ predecessor left off with the initial one-off Christmas special debuting on Boxing Day being watched by well over 12 million people, which translates to around 50% of the entire television viewing audience in the UK. Based on the original audience figures for the 2013 special, a full series was commissioned which premiered on Boxing Day 2014 and ran through January 2015.

Filming of the second series was set to begin this week on location in Doncaster in South Yorkshire where it will return for a Christmas special this coming holiday season and a full series in 2016. The new series will begin with yet another Christmas episode where Granville bags himself a bargain Christmas tree that gives him more problems than he wanted. Eric (Johnny Vegas) and Cyril (Kulvinder Ghir) embark on a new fitness regime and as the holidays approach Granville and Leroy try to entice Madge (Brigit Forsyth) to their festive party.