At long last, #DowntonDay is here! While there are a few months more to wait if you live in the U.S., Downton Abbey fans in the UK have been waiting for this day to come since 25 December 2014. For the past 5+ years, Britain’s most popular period drama has been the brightest and shiniest thing on telly on both sides of the Atlantic.

The wait is over as Downton returns tonight at 9:00pm on ITV. For those that have been playing along from the beginning, it is now 1925, when secrets and rifts threaten the unity of the family, while those below stairs are faced with social changes. 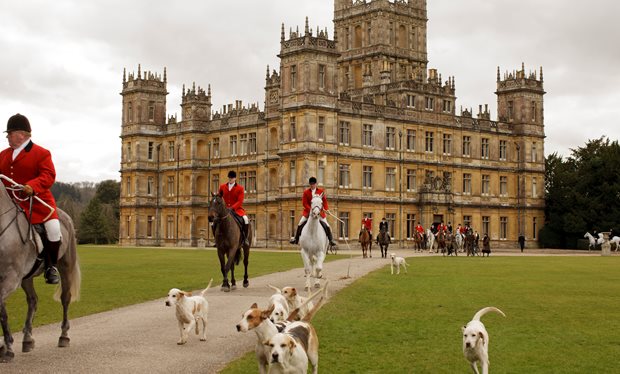 I know it’s hard to believe but there are those, however, that have just recently jumped on the Downton bandwagon over the last couple of years and there will also be some of you sitting down tonight for the first time to see what this Downton Abbey fuss is all about.

With the knowledge that you no longer have the required 47.5 hours needed to binge watch the first 5 series, here’s a quick 5-minute look back at the trailers for series 1-5. While there are some obvious gaps in the storyline that have been left out due to time, this should give you a good sense as to what has been happening above and below stairs before you sit down for the beginning of the end of Downton Abbey.

For those not planning to watch at all tonight, PBS Masterpiece has compiled fifty unforgettable moments from the first five seasons of Downton Abbey. Who knows, maybe all you need is just a bit of scandal and romance to push you over the edge. Whatever the case may be, Happy Downton Day to the UK chapter of Downton Abbey-Nation. while we’re jealous at the moment, our time will come soon enough on January 3, 2016.