In just a few short months, January 2016 to be exact, the long-awaited return of one of your favorite British bits of telly will be headed stateside. No, not Downton Abbey. Well, actually, that is headed our way in January but we’re talking about the return of everyone’s favorite British GP with a dismal bedside manner, Dr. Martin Ellingham. Currently airing in the UK, the new series of Doc Martin is headed to public television stations via American Public Television and Acorn Media beginning in January 2016.

Ahead of the new series of eight episodes will be a very special one-off, behind-the-scenes look at the making of Doc Martin 7 which will be airing on a number of public television stations in December. Working very hard on your behalf, two colleagues from American Public Television, Eric Luskin and David Rubinsohn, toughed it out and travelled to Port Isaac earlier this summer to be on set during the filming of series 7. In the next several weeks, Tellyspotting will have a first-person account from both David and Eric from the Doc Martin set to give you a glimpse as to why you will most definitely want to be setting your DVR for Doc Martin: Seven Grumpy Seasons in December. 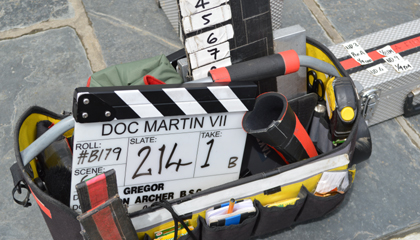 Shot on location in the picturesque seaside village of Port Isaac during the filming of Doc Martin’s highly anticipated seventh season, Doc Martin – Seven Grumpy Seasons is public television’s third and latest behind-the-scenes look at the international hit series about everyone’s series. Featuring interviews with producers, cast members, and director Ben Gregor, this special is an enjoyable sneak peek at what Martin Clunes – the Doc himself – is calling the “best” series yet. 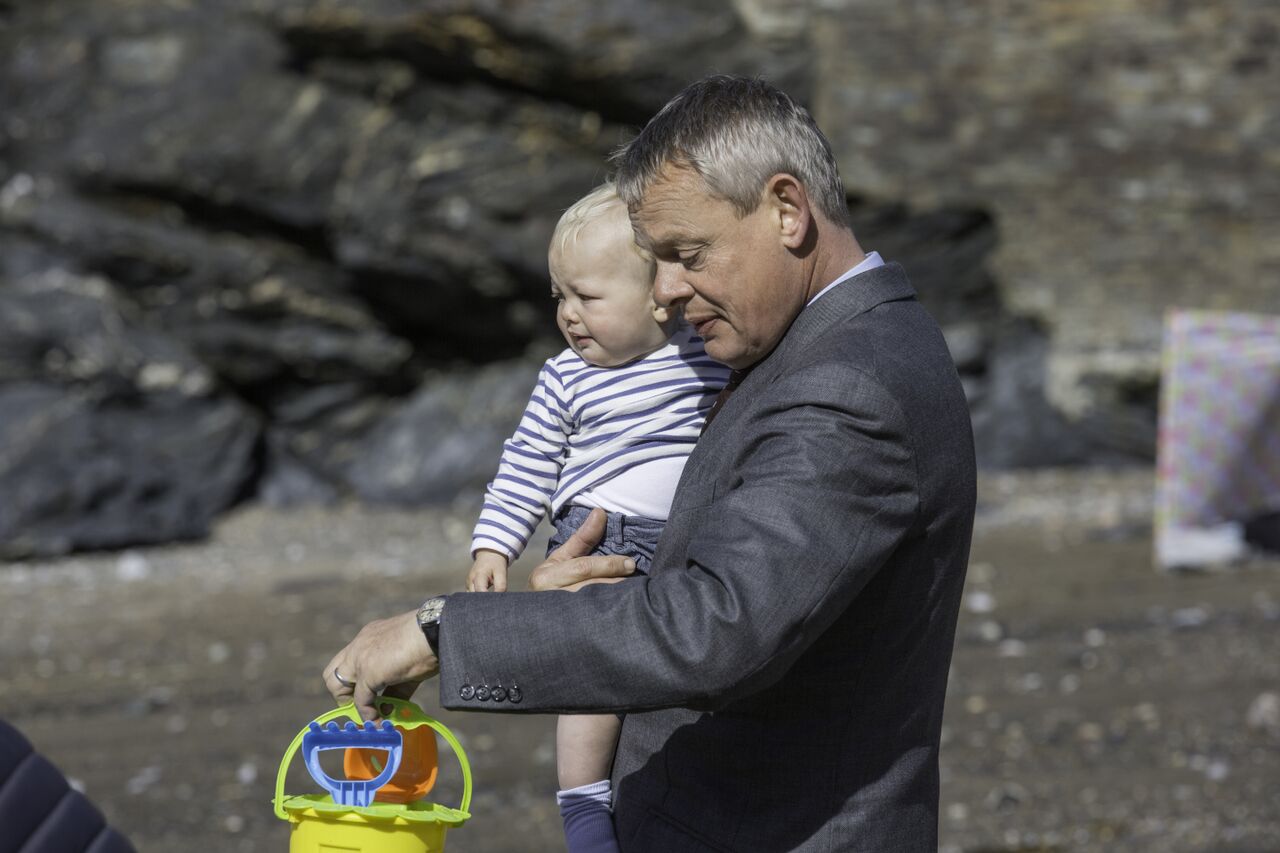 In Doc Martin – Seven Grumpy Seasons, viewers will hear from the show’s long-time stars as well as members of the creative team. Fans will have a front-row seat to the production, watching the cast as they perform on set in the Doc’s kitchen, outside the Portwenn school, at the police station, and in other beloved Portwenn locations in and around the real Cornish village of Port Isaac.

Martin Clunes (Doc Martin), Caroline Catz (Louisa), producer Philippa Braithwaite, and Executive Producer Mark Crowdy speak openly about the tempestuous relationship between Doc and Louisa and the future of the series. Director Ben Gregor, one of three directors working on the series, talks about how he approaches many of the scenes we will see being filmed. He leads an army of technical crew, actors and supporting artists as they create the “magic” that is Doc Martin.