To ‘exterminate’ the other side, perhaps?

Before we can even speculate on any potential implications and/or additional explanations as to why, I think someone needs to answer the question as to why both the Doctor and Clara would allow a Dalek to be behind them. Walking across Abbey Road is dangerous enough these days without worrying about having to constantly look over your collective shoulders. That aside, one thing is crystal clear, however. Clara is barefoot. She’s obviously going to die as the end of the current series of Doctor Who, don’t you think? 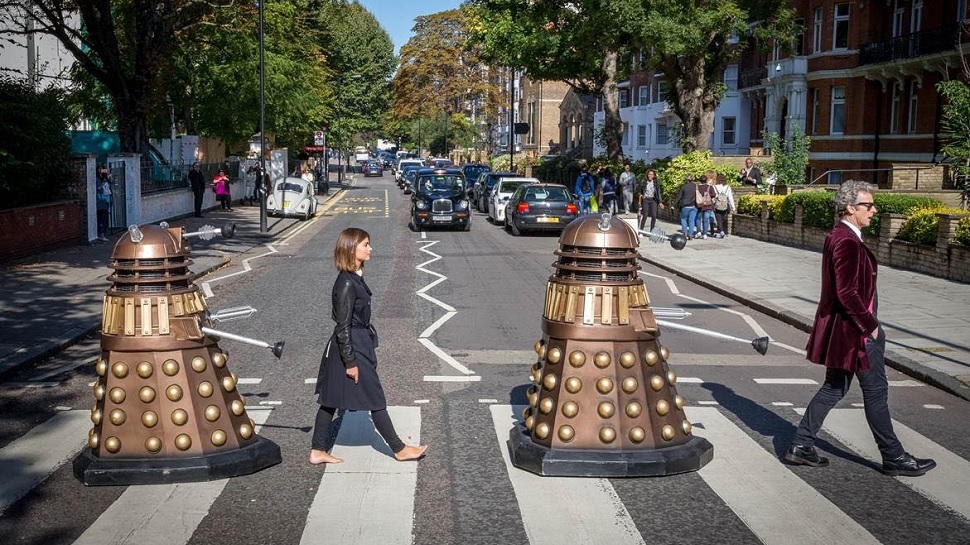 The shoot and trek across Abbey Road came as part of the promotional efforts for last week’s series 9 premiere on the BBC as Peter Capaldi (a.k.a. The Doctor), Jenna Coleman (a.k.a. Clara Oswald) and two of their closest friends ‘came together’ to re-create the Beatles’ famous 1969 Abbey Road album cover. Brilliant as they are, the BBC even arranged for an old VW Bug and a London black cab in the background for complete authenticity sake. 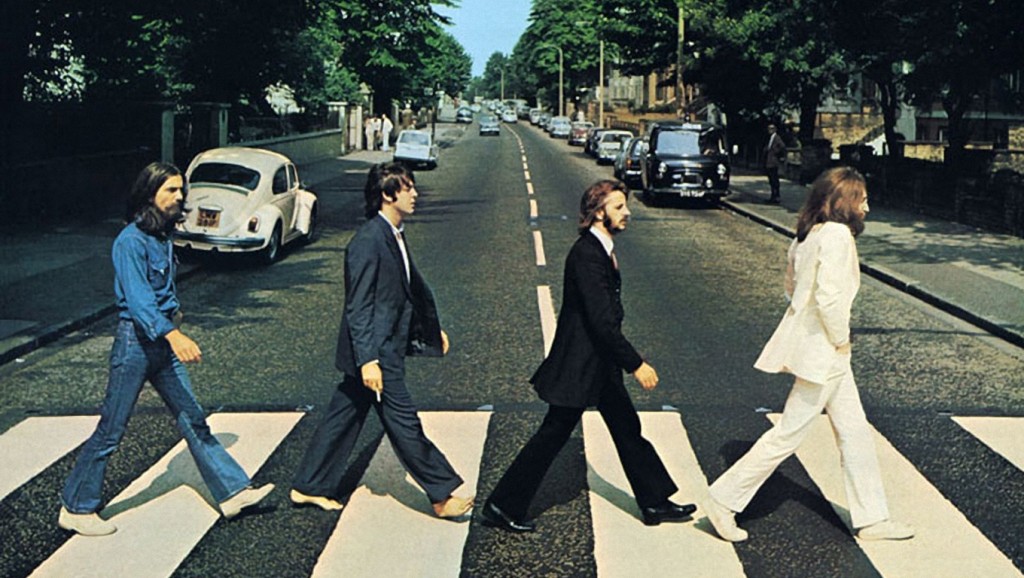 Having actually been to Abbey Road and made the obligatory walk across the street with someone taking my picture, given the inherent danger involved of stopping traffic just to walk across the street, it sure would have been nice to have the Doctor Who photo shoot folks and the guys in the yellow vests there to pull a bit from The Day the Earth Stood Still and stop traffic so I could walk across without incident. Given this probably happens thousands of times daily, it did seem like the locals were being very accommodating until I got just the right picture, however. If you are wondering how they pulled it off on a busy 2015 intersection…

And, finally, I offer up this pre-Abbey Road walk by the Beatles pic…for no other reason than I just love this photo and it’s totally cool. 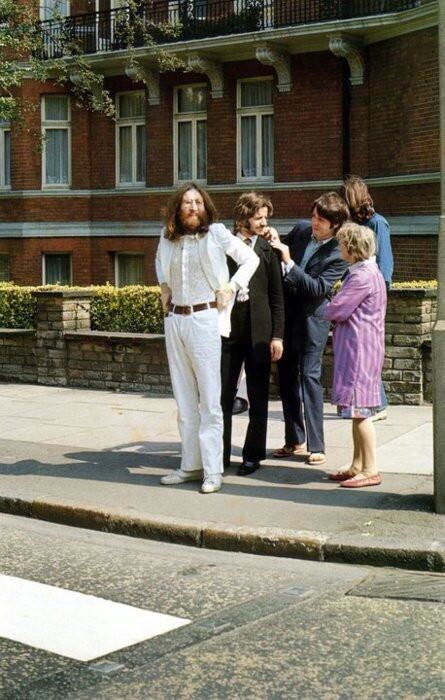