For several years now, in an effort to make live theater more accessible to everyone, National Theatre Live (NTLive) decided to make ‘all the world its stage’ by connecting with local theater venues around the globe to stream selected performances. Over the past couple of years, having seen several National Theatre productions such as Othello with Adrian Lester and Rory Kinnear, Frankenstein with the dueling Sherlock’s, Benedict Cumberbatch and Jonny Lee Miller, Skylight with Bill Nighy and The Audience with Helen Mirren on the big screen and having the great good fortune to have seen Frankenstein live at the National Theatre in London, it truly is the next best thing to being there.

Next month (15 October to be exact), moviegoers who couldn’t make it to London to see the newest incarnation of William Shakespeare’s Hamlet this time around can catch it at ‘a theatre near you’ in October, which is a good thing since tickets to see this performance live during its UK run at the Barbican Theatre were completely grabbed up by the roughly 30,000 people who queued up to buy tickets approximately 7 hours after going on sale. 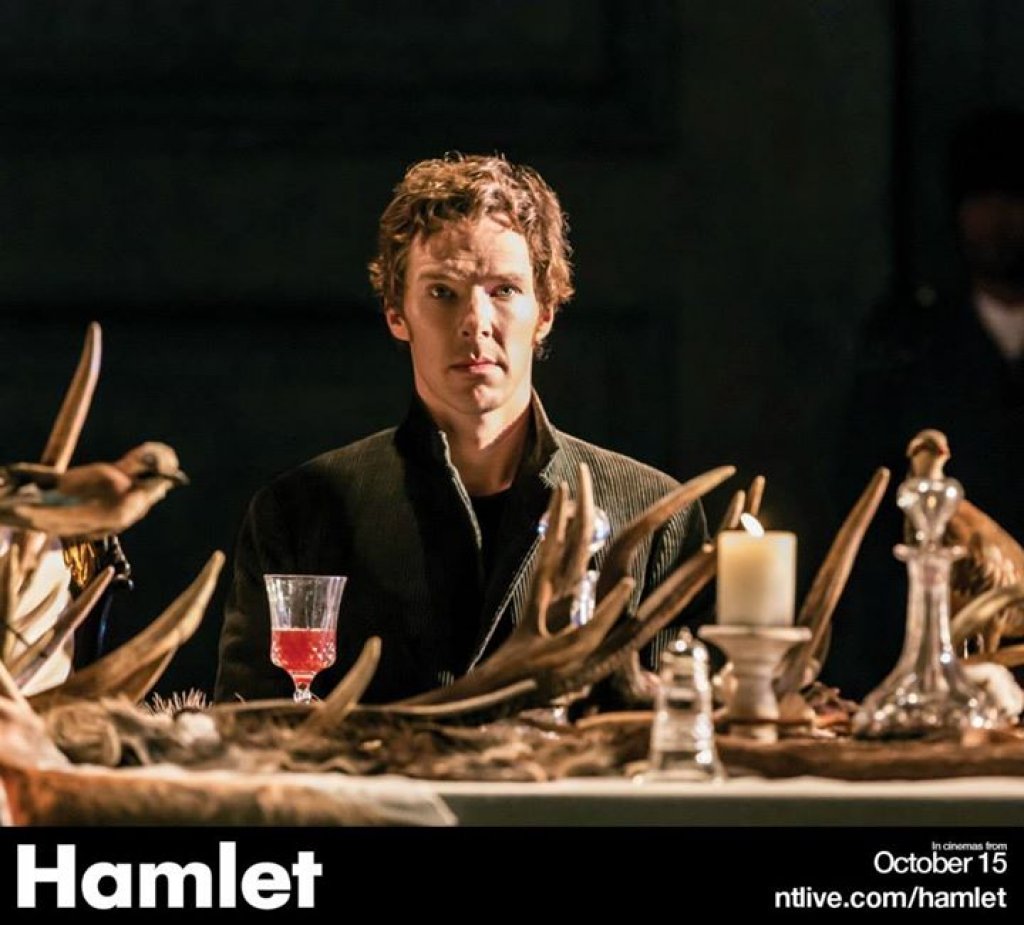 Academy Award® nominee Benedict Cumberbatch (Sherlock, The Imitation Game, Frankenstein at the National Theatre) takes on the title role of Shakespeare’s great tragedy. As a country arms itself for war, a family tears itself apart. Forced to avenge his father’s death but paralyzed by the task ahead, Hamlet rages against the impossibility of his predicament, threatening both his sanity and the security of the state. Directed by Lyndsey Turner (Posh, Chimerica) and produced by Sonia Friedman Productions, National Theatre Live will broadcast Hamlet live to cinemas worldwide on Thursday, 15 October with encores the following Thursday, 22 October.