Following a very successful first series on BBC1 and PBS, the much steamier 2015 version of Poldark has begun filming in Cornwall. Unfortunately, popularity does have its downside in the age of social media, cell phones and the Internet. Evidently, the chance of seeing Poldark star Aidan Turner in the flesh seems to be proving a bit too much for fans in Cornwall as well as for the cast and crew filming the hit BBC drama series. 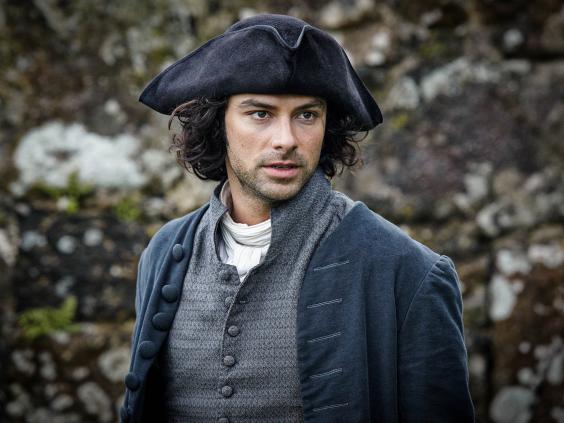 Reports out of Charleston and Bodmin Moor in Cornwall tell of numerous instances whereby fans keen to photograph Turner, who is reprising his role as Captain Ross Poldark, and co-star Eleanor Tomlinson, who plays servant-girl-turned-wife, Demelza, have refused to move out of the way during filming and repeatedly used flash photography. Simon Williams, manager of the Harbourside Inn in Charleston, told The Telegraph, “Unfortunately a lot of people have been watching and taking pictures while filming and using flashes which I know has halted filming”.

Very little is known at this time about how the storyline will progress for series two. Set in 1790, the 10-part second series of Poldark (up from 8 episodes in series one) will, once again, be adapted from the next two novels of Winston Graham.

Joining Turner and Tomlinson will be Gabriella Wilde (Three Musketeers, Endless Love) playing a ‘beautiful and manipulative heiress’ along with John Nettles (Midsomer Murders) who will play one of the county’s wealthiest landowners.