Finally, the story of the rise and fall of Red Dwarf: The Movie can now be told. Having been one of the first to be on board with the Red Dwarf series from the beginning (hey, I was even interviewed by a somewhat cross Mr. Flibble back in the day, how cool is that!), I had heard about the possibility of a big budget feature length film with some big-ticket names attached to it who were P1’s of the series. To put this into perspective for you from a timing standpoint, the talks surfaced just after the end of RDVIII. An excruciatingly long 10-year gap ensued between the 1999 on-screen words “The End” followed by “The Smeg it Is” and the 2009 small screen return of Red Dwarf: Back to Earth. 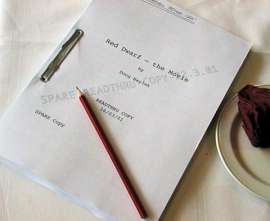 As pointed out in a fascinating Den of Geek almost minute-by-minute recounting of the rise and fall of the movie possibility, series co-creator Doug Naylor didn’t quite sit around wondering what to do next but rather spent a decade of his life trying to get a Red Dwarf movie off the ground. The thought of a feature length film seemed appropriate from a timing standpoint as the BBC had, sadly, showed no interest in a ninth Red Dwarf series. With script in hand, it was November 2000 that the ‘official’ announcement graced the Red Dwarf homepage announcing that the entire case had signed on for the effort including newcomer, Chloe Annett, with production set to begin in the Spring of 2001. 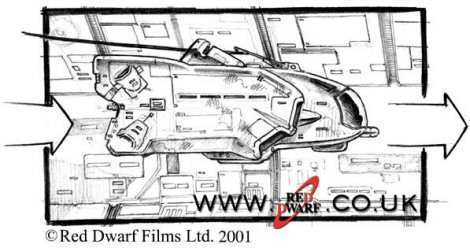 Unfortunately, this is where things started to get crazy for Doug. News of a possible Red Dwarf movie was just the type of thing to set the Internets hair on fire. What commenced over the next several years were numerous updates on the RD website show cast read-throughs, shot storyboards and production updates. Until now, very few knew what actually transpired over the course of the years between 1999 and 2009! Check it out, it’s a great read. Thanks to the great folks over at Den of Geek for compiling a decade in the life of Doug Naylor in such detail! 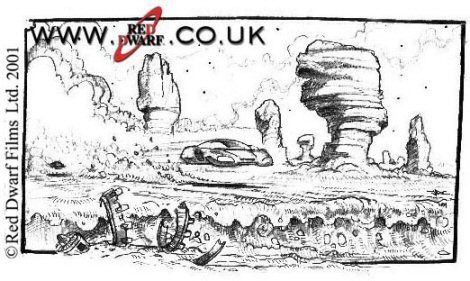 While there is no big screen adaptation in the works for the foreseeable future, Red Dwarf fans will have to remain content with the knowledge that there will be two new series, Red Dwarf XI and Red Dwarf XII headed into production in the not-too-distant future targeted for transmission in 2016 and 2017, which is not a bad consolation prize if you ask me!