If, by chance, you happened to have hung out in Glasgow in the early 80’s, you may remember a punk band that went by the name of The Bastards from Hell and then, later, the Dreamboys. What you might not remember is that two members of the group who would go on to be pretty well-known stars in non-music related fields were former host of The Late Late Show, Craig Ferguson, and the current Traveling Time Lord, Peter Capaldi. 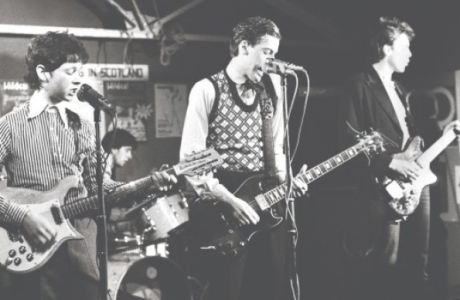 As the story goes, Ferguson began as a drummer in a rock band called Exposure. He then joined a punk band called The Bastards from Hell, which was later renamed Dreamboys, which was fronted by guitar player and lead vocalist Peter Capaldi. They performed regularly in the early 80’s in and around Glasgow at such places as The Hellfire Club. If you can find it, you have to track down their ‘hit’ single, “Bela Lugosi’s Birthday”! 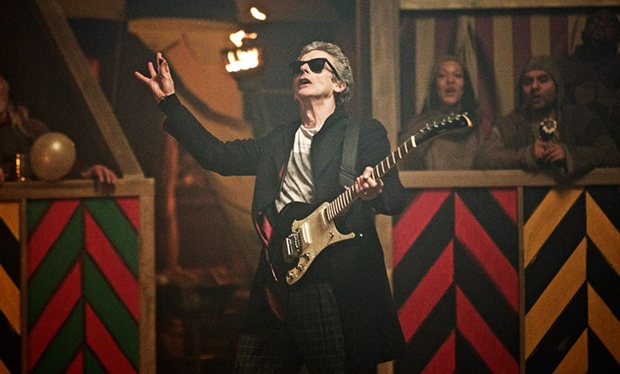 For those that remember Capaldi and his time in Dreamboys, it probably came as no surprise when the Twelfth Doctor rode a 20th-century tank into a 12th-century hall to challenge an ax wielding Norman tribesman to an “axe battle” in the first episode of the current series of Doctor Who. Aside from the fact it was an actual tank, the cool thing was that it was Peter Capaldi actually playing the guitar. What was he playing? Well, it just so happened to be his own take on the Doctor Who theme…what else!

“I was really delighted to open the script and find the Doctor playing guitar,” says Capaldi of the scene. “I think I’d sort of half mentioned it in joking, but I was really delighted that these guys went for it as an idea. We had a great day when I went to pick the Doctor’s guitar,” he recalls. “We went to Denmark Street and went to various vintage guitar shops, looking for Doctor Who’s guitar. And at first I thought it should be like a Stratocaster or a Telecaster, one of those old classic guitars, but they all started to look like I was having a midlife crisis.”

As if that entrance wasn’t enough to make him the coolest Doctor of all, it was the bit with him serenading Michelle Gomez’s Missy and Jenna Coleman’s Clara with Pretty Woman later in the scene that sealed the deal for me.