To commemorate, and celebrate, the 40th anniversary of Monty Python and the Holy Grail, arguably the funniest comedy in the history of cinema comedy, will be re-released in both the UK and in the U.S. for one night, and one night only. That ‘one night only’ is TONIGHT (October 14) courtesy of Park Circus and Sony Pictures. So, grab your friends, grab your coconuts, just don’t grab your friends coconuts, and head to the cinema!

Not only will the screening be accompanied by a specially filmed, exclusive, introduction from Terry Jones, Terry Gilliam, Michael Palin, Eric Idle and John Cleese, but the film will be re-released in a very Rocky Horror-ish sing-a-long version! 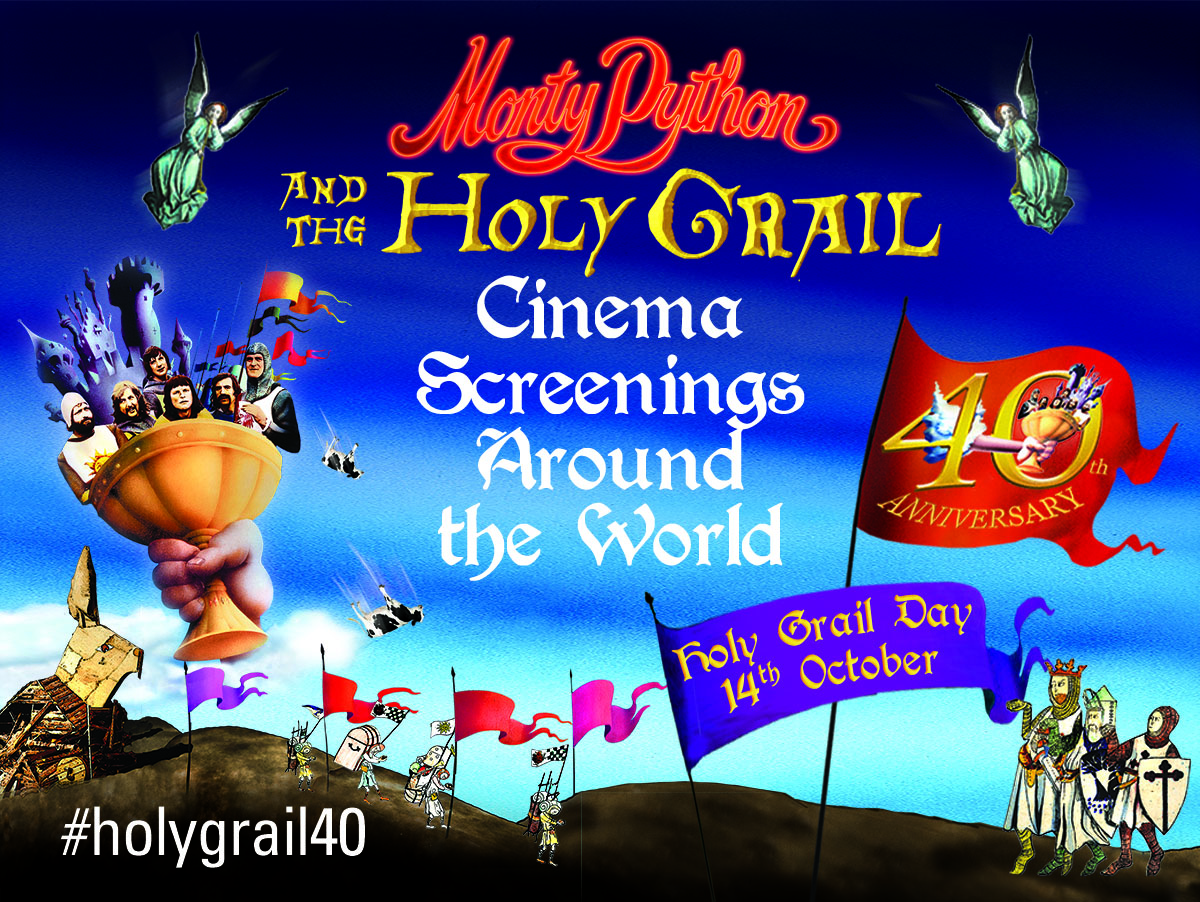 Personally, I can’t wait to hear an entire theatre sing “The Camelot Song” and “The Tale of Sir Robin”. At this point, cinemas across all across Planet Earth are participating. Click here for a list of UK cinemas and click here for participating U.S. cinemas.

What are you waiting for? If you are at the event, tweet it out to @tellyspotting, let us know what city you’re in and don’t forget to use #holygrail40 and we’ll retweet it out to everyone!