With the Downton Abbey body not even cold yet on either side of the pond, writer/creator Sir Julian Fellowes is already busy adapting one of his favorite novels for the small screen with his next project for ITV, Doctor Thorne. Adapted from the Anthony Trollope novel, Doctor Thorne tells the story of the penniless Mary Thorne, the niece of Doctor Thomas Thorne, who grows up with her rich aunt and cousins on the grand Greshamsbury Park estate. Starring Tom Hollander (Rev, Pirates of the Carribean), Rebecca Front (Humans, Lewis, The Thick of It) and Ian McShane (Lovejoy, Ray Donovan, Pirates of the Carribean), filming began last month on the three-part drama series for ITV in Castle Combe, Wiltshire. 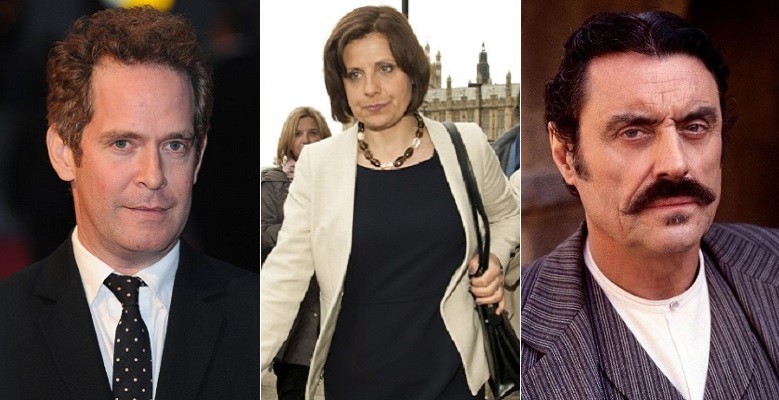 As the story goes, Mary falls in love with Frank Gresham, the only son and heir of the squire of Greshamsbury and nephew of the Earl and Countess de Courcy, and he with her. However, his parents desperately need him to marry wealth, to rescue them from the financial distress resulting from the squire’s expensive and fruitless campaigns for a seat in Parliament. As Mary is penniless and of ‘low birth’, let’s just say that such a marriage would, no doubt, be frowned upon by his mother Lady Arabella (Rebecca Front) and the de Courcys. Just to ramp up the drama quotient a bit, only the doctor knows that Mary is to inherit a large legacy, one that will make her acceptable to the snobbish middle class of which Frank is a card-carrying member.