HAPPY NEW YEAR, Sherlock-Nation! Finally, the news you’ve been waiting for for almost two years! And, of particular note to all Sherlock fans: This will be the first time that Sherlock has premiered in the US and the UK on the same day! 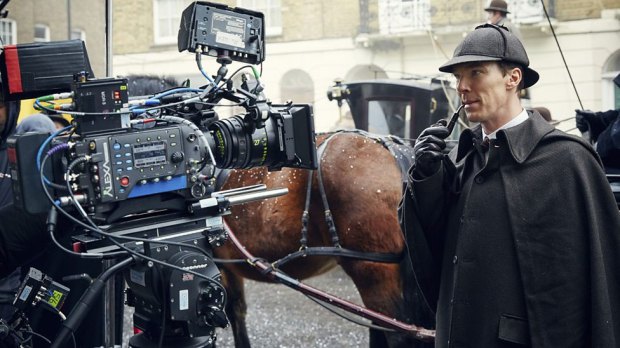 Courtesy of: © Robert Viglasky/Hartswood Films and BBC Wales for BBC One and MASTERPIECE

MASTERPIECE and PBS have announced that Sherlock: The Abominable Bride, the new long-awaited 90-minute special that Planet Earth has been (im)patiently waiting for, will premiere on New Year’s Day, Friday, January 1, 2016 as part of the MASTERPIECE Mystery! series on PBS stations across America at 9pET 8pCT, The one-off special will also air simultaneously online at pbs.org/masterpiece. If that’s not enough, the special will have an encore broadcast on Sunday, January 10 at 10pET/9pCT on PBS. As earlier announced here at Tellyspotting, the film will also be a part of a ‘global cinema event’ following the small screen premiere. 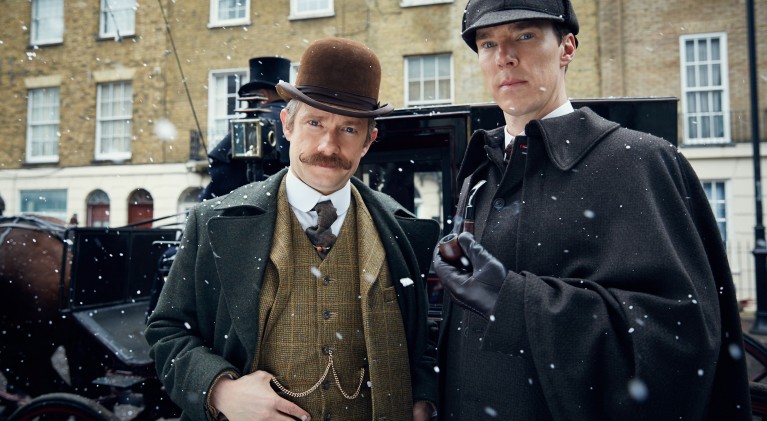 Courtesy of: © Robert Viglasky/Hartswood Films and BBC Wales for BBC One and MASTERPIECE

Benedict Cumberbatch and Martin Freeman return as Sherlock Holmes and Dr. Watson in the acclaimed modern retelling of Arthur Conan Doyle’s classic stories about the world’s most famous consulting detective. While not much is known as of yet about the special, we do know that Sherlock and Watson find themselves in 1890s London alongside Mary Morstan (Amanda Abbington), Inspector Lestrade (Rupert Graves) and Mrs. Hudson (Una Stubbs), who also turn up at 221b Baker Street.

If this news isn’t enough to set the Internet on fire, Sherlock, Season 4 will go into production in Spring 2016 with an air date to be determined!