Ok, just kidding, but with yesterday’s bombshell announcement that the forthcoming Sherlock special will air on New Years Day at 9pET/8pCT on PBS (and on BBC One in the UK), we finally have something to rattle the cage of college football’s BCS (Bowl Championship Series). Don’t forget, Sugar Bowl committee, PBS’ Downton Abbey finished as the next most-watched program up against the Super Bowl for the last three years running. 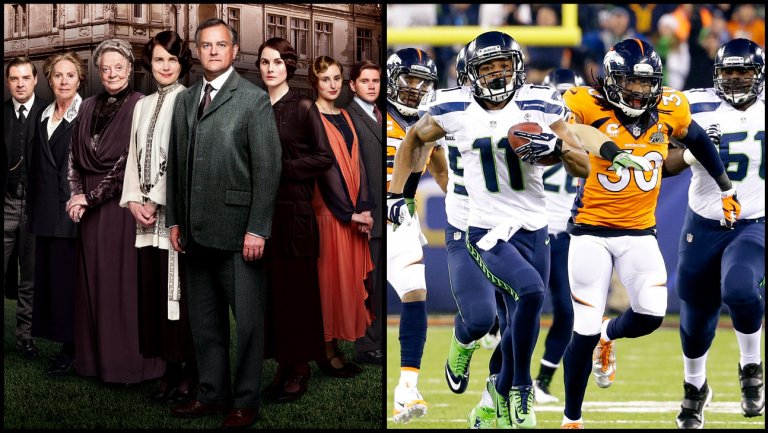 While we do know that the special will take place in 1890s London, the title, ” The Abominable Bride” has sent the world of speculation into orbit. Sherlock creators Mark Gatiss and Steven Moffat have a history of taking the titles of original Arthur Conan Doyle stories and putting their own special spin on them. “A Study in Scarlet” became “A Study in Pink”, “The Sign of Four” became “The Sign of Three” and “The Empty House” became “The Empty Hearse”.

Let’s be honest. They also have a history of toying mercilessly with Sherlock-Nation in a good way so who knows what the title means. However, while appearing at the London ComicCon on Saturday, series co-creator/writer Mark Gatiss did reveal that the title of the Victorian-themed Sherlock special was inspired by Holmes’s throwaway reference to the case of “Ricoletti of the club foot and his abominable wife”.

The mention comes during the Sherlock Holmes short story “The Musgrave Ritual”, which begins with Holmes sorting through some old case files with Watson. “Here’s the record of the Tarleton murders and the case of Vamberry, the wine merchant, and the adventure of the old Russian woman, and the singular affair of the aluminium crutch, as well as a full account of Ricoletti of the club foot and his abominable wife,” says Holmes.

Sherlock “The Abominable Bride” airs on PBS and BBC1 on New Year’s Day 2016!