Katherine Kelly, who charmed the ‘you know what’ off of Harry Gordon Selfridge for the last several years as Lady Mae Loxley in Mr. Selfridge, will turn her attention to a live on Christmas Day in the UK, TV adaptation of Rodgers and Hammerstein’s The Sound Of Music. Joining Kelly will be her Mr. Selfridge co-star, Kara Tointon, who played Rosalie Selfridge, and Downton Abbey alumnus Julian Ovenden, who will play Captain Von Trapp. Kelly will portray Baroness Elsa Schraeder with Tointon facing the daunting task of stepping into Julie Andrews’ shoes as the naive young nun-turned-nanny Maria Von Trapp for the 2.5 hour long production airing Christmas Day on ITV. 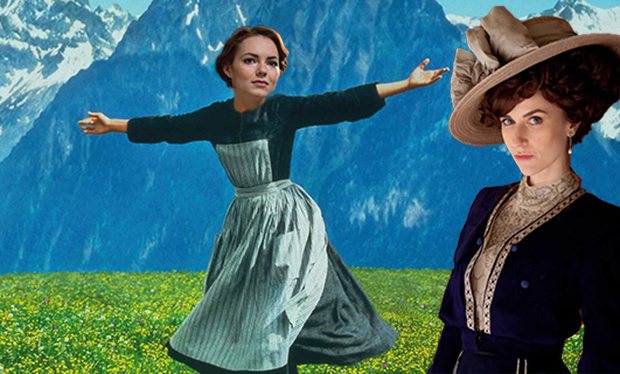 Based on the original stage musical with a book by Lindsay & Crouse and suggested by The Trapp Family Singers by Maria Augusta Trapp, will include all of the songs from its classic score by Rodgers and Hammerstein, including “How Do You Solve A Problem Like Maria”, “Do-Re-Mi”, “My Favorite Things”, “Climb Ev’ry Mountain” and, of course, “The Sound of Music”. Bafta nominated director Coky Giedroyc (Wuthering Heights, The Virgin Queen, Oliver Twist, Penny Dreadful) will be the show’s creative director, while Tony award-winning Martin Koch (Billy Elliot The Musical, Mamma Mia!) will serve as director of music. “This is the first time in the UK that this type of project has been attempted – a musical drama both performed and broadcast live – but big ambitious live television events is what ITV does well. We’ve assembled some of the very best talent both in front of and behind the camera and I can’t wait to see it all come together” said ITV’s Director of Entertainment and Comedy Elaine Bedell. While this may be a first for UK telly, U.S. broadcaster, NBC, first tackled The Sound of Music Live! back in December 2013 to less than stellar reviews starring country music superstar and American Idol winner Carrie Underwood, True Blood‘s Stephen Moyer, Laura Benanti (Nurse Jackie, Nashville, Supergirl) and Tony Award winner, Audra McDonald. https://www.youtube.com/watch?v=VEnqexrGrgM