A blue plaque honoring British comedy legend, Richard Briers, is to be put up at his childhood home. The actor, whose TV credits included Good Life (Good Neighbors in the U.S.), Ever Decreasing Circles, Monarch of the Glen and If You See God, Tell Him, died on 17 February 2013 at the age of 79. We had the great good fortune to have spoken to Richard numerous times over the years during the production of several PBS productions including Funny Ladies of British Comedy, Funny Blokes of British Comedy and Behind the Britcom: From Script to Screen. This is truly a very, very deserving honor. 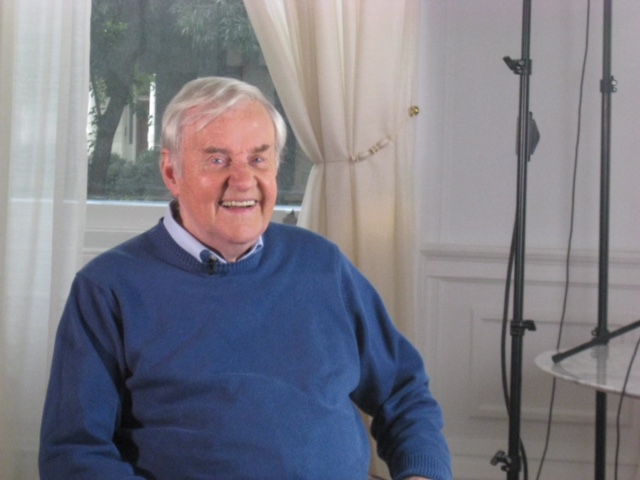 The British Comedy Society, which is dedicated to preserving and fostering the tradition of British comedy by organizing blue plaques, awards and charitable fundraising events in honor of the greatest successes of British comedy, will unveil the plaque at 12 noon on Sunday 1st November 2015 at Richard Briers’s childhood home  at Pepys Court in Raynes Park, London, SW20 8QT.

Sunday’s unveiling will be followed by a ticketed drinks reception and two-course buffet lunch at the nearby Royal Oak (KT3 4RD), with his widow, Ann, daughters Lucy and Katie and, subject to availability, colleagues such as Sir Michael Gambon, Sir Kenneth Branagh, Felicity Kendall, Susan Hampshire, Peter Egan and Penelope Wilton as well as an auction of memorabilia. Proceeds will be donated to the Actors’ Benevolent Fund, of which his Good Life co-star Dame Penelope Keith is president. For tickets, priced £45, email tickets@britishcomedysociety.com.