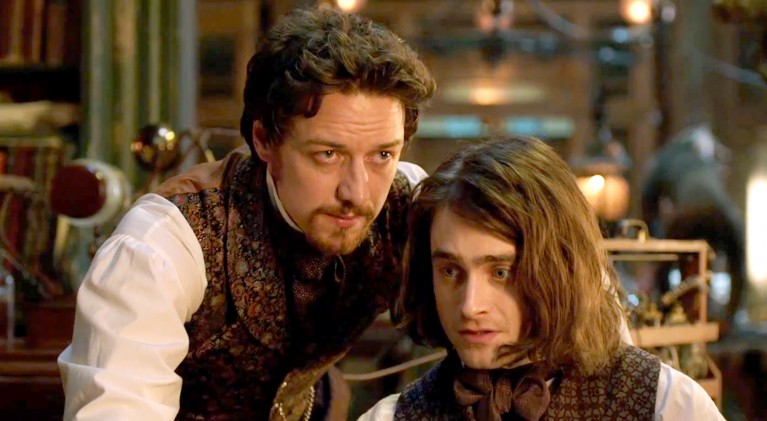 There are several recognizable faces from the world of Sherlock. Andrew Scott (Moriarty), who plays Deputy Inspector Turpin, is reunited with fellow Sherlock actors Louise Brealey (Molly Hooper) and Mark Gatiss (Mycroft Holmes) while Paul McGuigan, the Scottish film director who has directed a number of Sherlock episodes including “A Study in Pink”, “The Great Game”, “A Scandal in Belgravia” and “The Hounds of Baskerville” directs the newest adaptation of the Mary Shelley 19th Century classic. 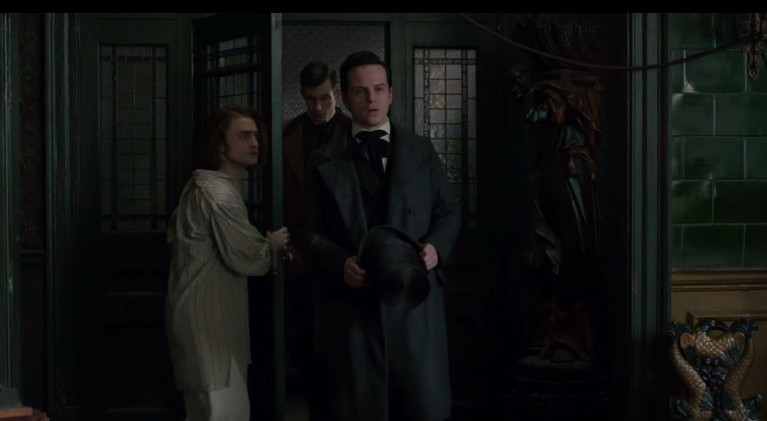 Daniel Radcliffe (Harry Potter, A Young Doctors Notebook), who stars as Igor, also narrates the gothic classic, telling of how he was living in a time of innovation and progress. This was a time where scientists pushed the limits of what was possible. Victor Frankenstein takes us out of familiar Victorian London and into the dark, gothic world inhabited by Victor Von Frankenstein where he is experimenting with the ‘unthinkable.’

There are a number of other faces and names that will be quite familiar to public television audiences including Downton Abbey‘s Lady Sybil, Jessica Brown Findlay, who stars as Lorelei, and Daniel Mays, who was absolutely brilliant in Ashes to Ashes, and who can also be seen in the forthcoming Dad’s Army reboot, as Barnaby.

Victor Frankenstein is due to be released in cinemas on 25 November 2015.