2016 marks the 60th anniversary of the first television broadcast of Hancock’s Half Hour, which aired on the BBC Light Programme between 1954 and 1959. To commemorate what is considered to be the first modern sitcom, the BBC has commissioned a new season of modern interpretations of classic sitcoms as part of their Landmark Sitcom Season having contacted a number of classic comedy writers, including the makers of Porridge and Some Mothers Do ‘Ave ‘Em. 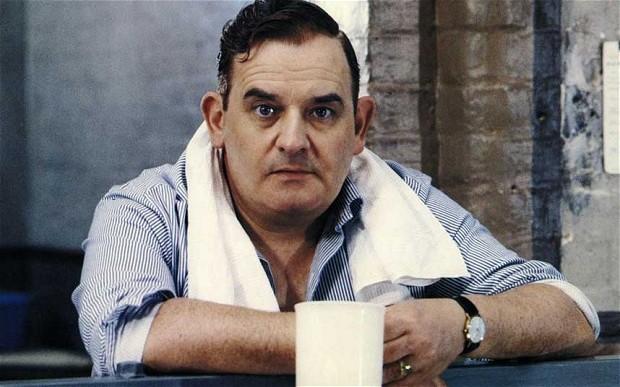 Ian La Frenais, who created the 1970s series, Porridge, alongside co-writer Dick Clement, has confirmed that the Beeb had asked the pair to work on a modern adaptation of the series that starred Ronnie Barker as an habitual criminal and focused on his life behind bars at the fictional HMP Slade in Cumberland, the late Richard Beckinsale as his young and naive cellmate Lennie Godber and Fulton Mackay as Slade’s unsentimental prison officer. La Frenais said that the new Porridge project would feature the grandson of Norman Stanley Fletcher who, unfortunately, seems to be following in the footsteps of his career inmate granddad as he has been imprisoned for computer hacking.

Porridge originally premiered as part of a 1973 project commissioned by the BBC Seven of One, which would feature Ronnie Barker in seven different situation comedy pilot episodes. The most successful would then be made into a full series. “Prisoner and Escort”, which was written by Dick Clement and Ian La Frenais about a newly convicted criminal, Norman Stanley Fletcher (Barker), being escorted to prison by two warders was selected,thus paving the way for what is widely considered to be one of the greatest British sitcoms of all time.

This won’t be the first time the BBC has dug deep into the sitcom archives and attempted a 21st century revival. Another one of Barker’s bits of brilliance which also came through the Seven of One route, Open All Hours, was revived for a one-off special in 2013 as Still Open All Hours with David Jason returning in his role as Granvlle, who now finds himself a shop owner, having inherited Arkwright’s from his miserly Uncle Albert.

As with the reboot of Open All Hours, the Porridge reboot bar will be set quite high given the success of the original. If all goes well, as it did with Open All Hours, it’s possible a series will follow.