Is there no end to the brilliant comedy news coming out the UK? Already this week, in conjunction with their Landmark Sitcom Season which will celebrate 60 years of British Comedy on the Beeb in 2016, came the announcement concerning 21st century remakes of several classic British comedies including Porridge, Up Pompeii, Are You Being Served?, Good Neighbors and Keeping Up Appearances.

Now comes a few specifics with regards the possible Keeping Up Appearances revival and what might be going on in original KUA creator/writer, Roy Clarke’s mind palace. After 20 years, Clarke will be returning to the world of Hyacinth for at least one episode and possibly more should it meet with audience approval. 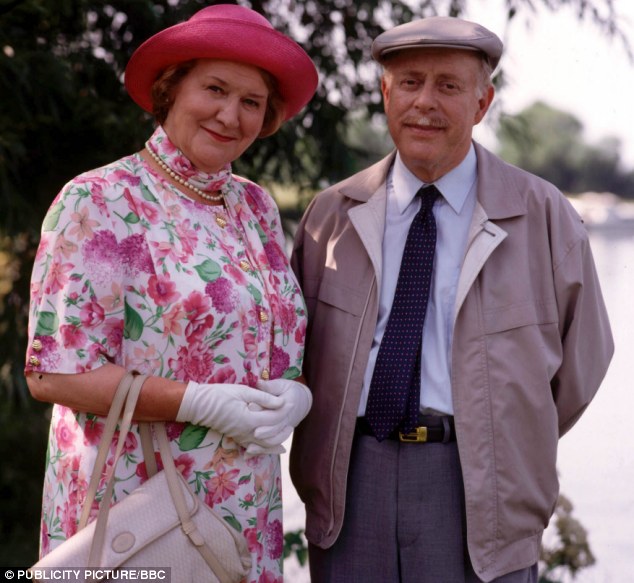 Word is, the pilot episode of Young Hyacinth (w.t.) will focus on the early days of Hyacinth Bucket and try to give us more of an understanding as to just how our favorite social-climbing snob came to be. Who knows, we may actually get to see Violet this time around! While imagining a non-Patricia Routledge Keeping Up Appearances redo is hard enough, the idea of seeing a 19-year-old Hyacinth as sort of a social-climbing snob in training is no less difficult to imagine but, depending on casting, it’s intriguing and could be quite fun. Fortunately, Clarke has had recent success with this concept, having taken one of his earlier creations, Open All Hours, and by lifting a central character from the original and adding in a strong connection to the past, he delivered a quality series in Still Open All Hours starring David Jason.

If you are thinking that with Young Hyacinth, you’ll be a seeing a snobbish teenager that resembles someone in the cast of Mean Girls or Heathers, you might need to think again. Remember, our Hyacinth originally came from a poor, working-class background so it’ll be interesting to see at what point in her young, impressionable Wonder Bread years she developed her affection for Royal Doulton china with ‘the hand-painted periwinkles’ and learned to covet the ‘white slimline telephone with automatic redial’.

Look for Young Hyacinth (w.t.) in 2016 as part of the BBC’s Landmark Sitcom Season.