At long last, John Luther is back. You remember, the John Luther of “I was sick, I got better, I’m back, etc.” fame. Ok, so he’s obsessive, possessed, and sometimes violent. So what if he’s an emotionally impulsive detective tormented by the darker side of humanity who is constantly struggling to cope with his own demons. Ok, there is the fact that he might just be as dangerous as the depraved criminals he hunts. That said, John Luther is still a near-genius cross between Sherlock Holmes and Colombo-type detective. 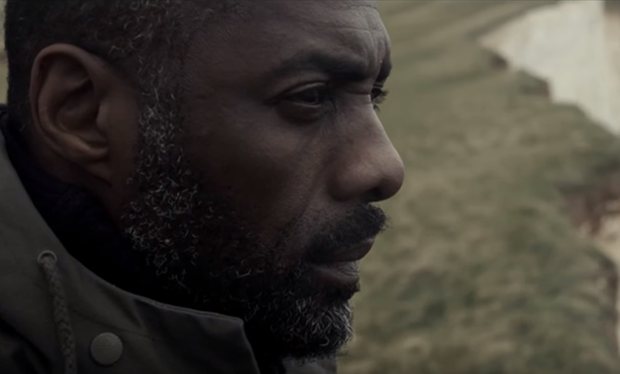 Luther is telly that goes against former FCC chairman Newton Minnow’s definition of television being a vast wasteland. Of course, from a speech in 1961, that reference was directed towards American commercial television and not the stellar British content that continues to roll-out by the day.

Best known to American audiences for his portrayal of drug lord and aspiring businessman Russell “Stringer” Bell in the HBO series, The Wire, Idris Elba returns for a fourth trip around the sun as DCI John Luther of the Serious and Serial Crime Unit this December on BBC1. At the end of the third series, following the murder of DS Ripley, you’ll remember it was John Luther, himself, who became a suspect until old friend Alice Morgan returns to clear his name.

Now, in the fourth series which will be comprised of only two, 60-minute episodes, Luther has been keeping his distance in a rural cottage on the edge of England, but is brought back from the wilderness when the Met bring him a bit of news that draws him back to London in search of the truth. Oh, I forgot to mention, there’s also a cannibal killer on the loose, so Luther has his work cut out for him. This time, however, he’s got help in the form of DS Emma Lane (Game of Thrones‘ Ygritte) and Theo Bloom (Spy‘s Darren Boyd).