In 1905, Albert Einstein published his special theory of relativity. Unsatisfied, Einstein started thinking about how to incorporate gravity ‘into the equation’. It wasn’t until a decade later, in November of 1915, that the 36-year old physicist published what became widely known as Einstein’s field equations which proposed that gravity between objects is caused by curvatures in space and time, or, ‘space-time’. Starting to sound a little ‘Doctor Who-ish’, isn’t it?

These equations specify how the geometry of space and time is influenced by whatever matter and radiation are present and which, ultimately, form the core of Einstein’s general theory of relativity and the current description of gravitation in modern physics. The theory implies the existence of black holes—regions of space in which space and time are distorted in such a way that nothing, not even light, can escape. 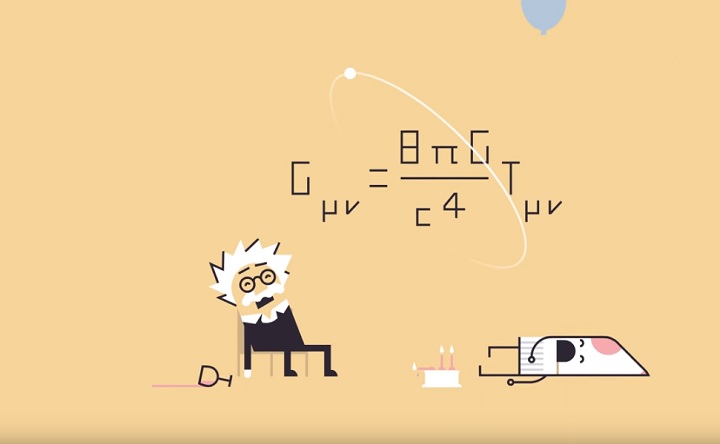 Not to worry, thanks to this short film celebrating the centennial of Einstein’s theory of General Relativity with animation by Eion Duffy and brilliant narration by none other than The Doctor, himself, it all becomes very clear and easy to understand…sort of. Produced by Windfall Films for the Science & Technology Facilities Council, Einstein 100 – Theory of General Relativity is narrated by David Tennant which is further proof that he is the greatest Doctor in my book.