It’s December so it must be Text Santa time! At Downton Abbey, Lord Grantham and Isobel Crawley are looking for just the right Father Christmas for the Abbey. While it’s a highly sought after part, the auditions seemingly come to a standstill when DCI Vera Stanhope of the Northumberland and City police shows up to investigate a murder. Don’t recall a murder taking place at Downton the past five years? You must have missed an episode given DCI Stanhope’s astute reasoning for being there. 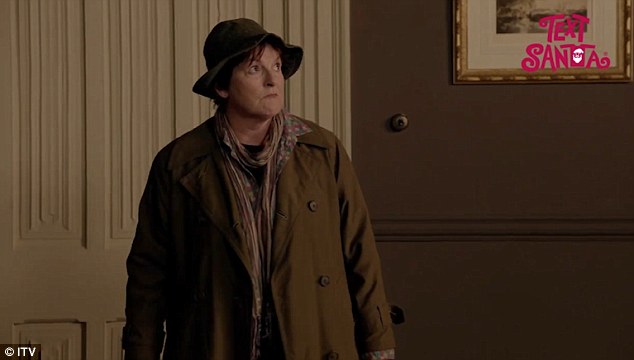 Thankfully, despite his prior run-in’s with the law, it seems Bates is in the clear although his alibi is pretty weak.

Text Santa is the charity initiative set up in 2011 by ITV to support UK-based charities during the Christmas period. The appeal to the public is to donate money mainly via text donation and profits from merchandise. Brenda Blethyn, Hugh Bonneville, Penelope Wilton and Brendan Coyle have, once again, lent their time and talents to support and promote the forthcoming Text Santa broadcast as part of the Text Santa Christmas Jumper Day on 18 December at 8pm on ITV.