Christmas is coming early, once again, as ITV has announced that Stephen Tompkinson will return in his role as DCI Alan Banks along with Andrea Lowe as DS Annie Cabbot and Caroline Catz, of Doc Martin fame, as DI Helen Morton when DCI Banks returns for a fifth series in 2016. 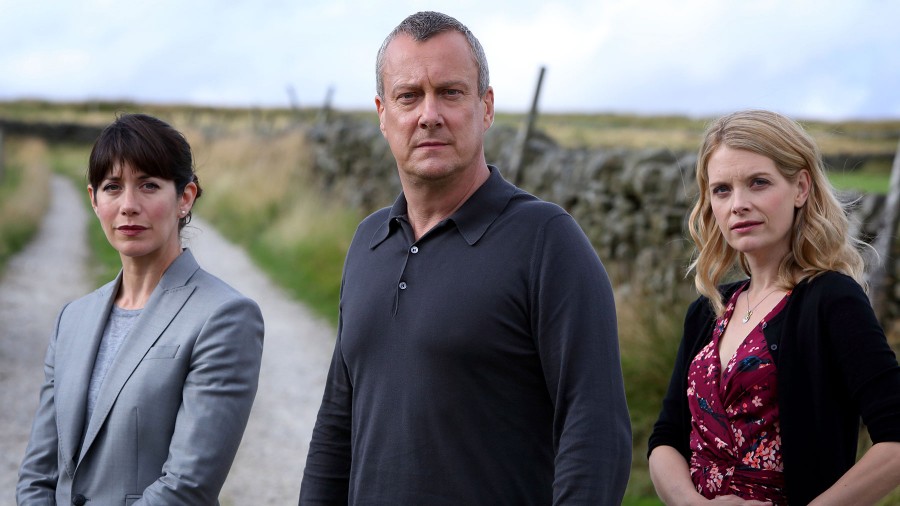 Once again inspired by the books from acclaimed novelist Peter Robinson, the forthcoming series of DCI Banks will see the Yorkshire detective tested in his toughest investigation yet. The new set of six, 60-minute programs will not only feature individually self-contained stories told over two episodes, but will also be wrapped around a serial crime story that weaves through the whole series.

In what is beginning to sound a bit Wallander-ish (which isn’t bad, I might add) and in what producers are calling the grittiest series yet, DCI Banks will be forced to question all that he holds dear, as he pits his detective skills against criminals who will stop at nothing to escape the law.

When Banks confronts a powerful adversary who has been dubbed by his superiors as too big to bring down, Banks’ dogged pursuit of justice sets in motion a chain of events that rips at the very fabric of his life, both professional and personal as Banks’ team begin to question just how far he will go in pursuit of justice when he enters a dangerous cat-and-mouse game to pin down a man who is seemingly outside the reach of the law.

With principle filming set to begin in Yorkshire in early 2016, look for the return later next year on ITV and on public television stations in America. I’m in, how about you?