Even though we have come to the end of the current series of Doctor Who, there will finally a bit of joy in Who-ville this holiday season as Doctor Who will air in a traditional teatime slot this Christmas, transmitting on BBC1 at 5:15pm on Christmas Day. The current ninth series run of the sci-fi series has been airing as late as 8:30pm on Saturday nights on BBC1 which has been deemed a tad bit late as compared to years past. 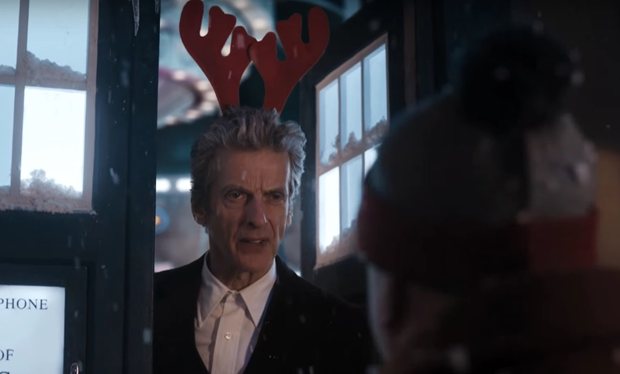 While fans in the States might think that 5:15p is a tad bit early for a series of this magnitude, this does place the show much closer to the original broadcast time of 6:15p for the family oriented science fiction series when it premiered originally in 1963 with William Hartnell as The Doctor.

This years Christmas special, titled “The Husbands of River Song”, will mark the return of Alex Kingston’s character, River Song, opposite Peter Capaldi and guest stars Greg Davies and Matt Lucas. Every Christmas needs a Grinch. This year’s version is a nine foot headless cyborg, King Hydroflax, who apparently also just happens to be the ‘other’ husband of River Song. Don’t you hate it when that happens! The nerve!