The last surviving member of the original Are You Being Served? cast, Nicholas Smith, has died at the age of 81. Smith starred as Cuthbert Rumbold, the manager of the fictional Grace Brothers Department Store, having appeared in every episode from 1972 to 1985. Created and written by Jeremy Lloyd and David Croft, the series was regularly seen by an audience of over 20 million each week. 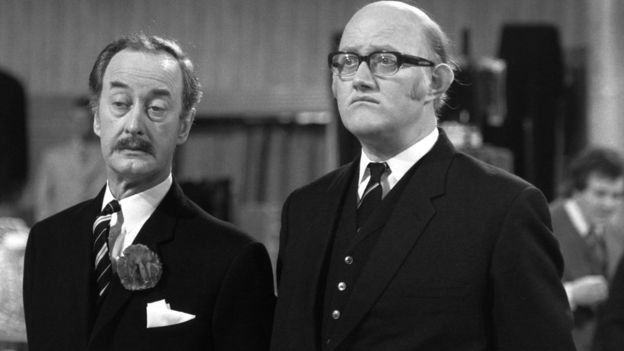 Smith’s daughter, actress Catherine Russell, plays Serena Campbell in Holby City. In a brilliant example of why YouTube should exist, Russell posted some recent footage of her father on YouTube playing his own composition at the piano called “The Music Lesson”. The ability for the world to be able to share in this wonderful moment of an individual that became our ‘friend’ over the years is priceless.

Unfortunately, these are coming all too often these day and are harder and harder to deal with each time. The individuals that we’ve lost over the last few years including, now, the entire cast of AYBS (Mollie Sugden, John Inman, Frank Thornton, Trevor Bannister, Wendy Richard and co-creator/writer, Jeremy Lloyd), Richard Briers (Good Neighbors), Rik Mayall (Young Ones), Bob Larbey (creator/writer As Time Goes By and Good Neighbors), Roger Lloyd Pack (Vicar of Dibley), Mel Smith (Not the Nine O’Clock News, Alas Smith and Jones), Geoffrey Hughes (Keeping Up Appearances), John Howard Davies (producer/director, Monty Python’s Flying Circus, Good Neighbors, Fawlty Towers) and David Nobbs (creator/writer, Fall and Rise of Reginald Perrin) are like losing close friends. They have been a ‘part of our lives’ each week by coming into our homes during the broadcasts of the British comedies on our local public television station.

Over the last decade, we’ve been fortunate to have had the opportunity to sit down with many of these ‘friends’ for our PBS productions of Celebrating Mollie Sugden, Funny Ladies of British Comedy, Funny Blokes of British Comedy, Life Lessons with Onslow, Fawlty Towers Revisited and Behind the Britcom: From Script to Screen.

To be able to listen to all of these individuals who strongly believed in their craft, were big fans and supporters of the public television system in America and were very generous in sharing their time and talents to support our efforts was, again, priceless. In 2000, for PBS, we had the good fortune to speak with Nicholas for Celebrating Mollie Sugden, our 80th birthday tribute to Mollie Sugden, also known as Mrs. Mary Elizabeth Jennifer Rachel Abergavenny Slocombe. 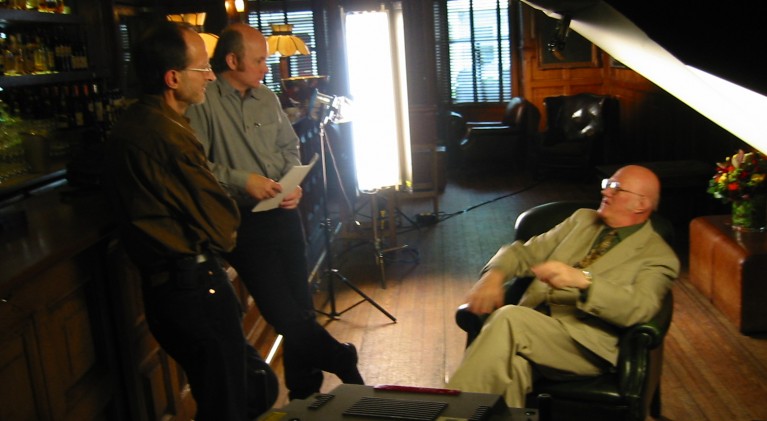