Only the greatness of Stephen Colbert can draw this type of brilliance out of his guests! Michelle Dockery, Hugh Bonneville and Allen Leech perform a scene from Downton Abbey using good old American accents and, I have to say, it’s either a bit unsettling or it’s spot on greatness. Just imagine, Downton Abbey with American accents! I know, right? 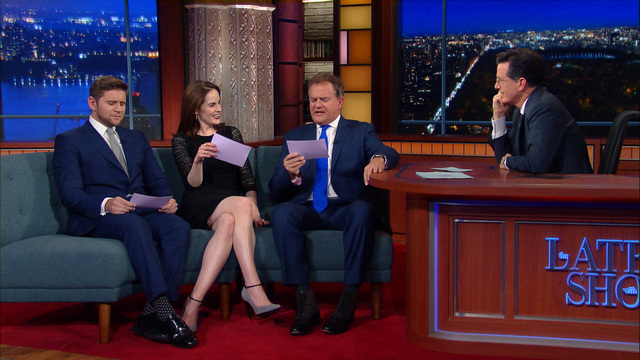 In a good way, however, this should definitely put an end to any network or producer who thinks an American Downton Abbey is a good idea. Lady Mary as a valley girl just doesn’t work for me on so many levels. What this does prove is that an American Downton Abbey would sound more like 80s Dallas with Larry Hagman and Linda Gray than anything has since, well, the 80s.