Unless you have been under the proverbial holiday rock the past couple of weeks, it is beginning to hit home that the final series of Downton Abbey is virtually upon us. If you’re one of the ones that have been in denial since the end of series 5 earlier this year, no doubt the past several weeks have probably been pretty tough on you what with much of the cast criss-crossing the U.S. on a final season promotional tour which saw them visit both The Late Show with Stephen Colbert and Good Morning America. 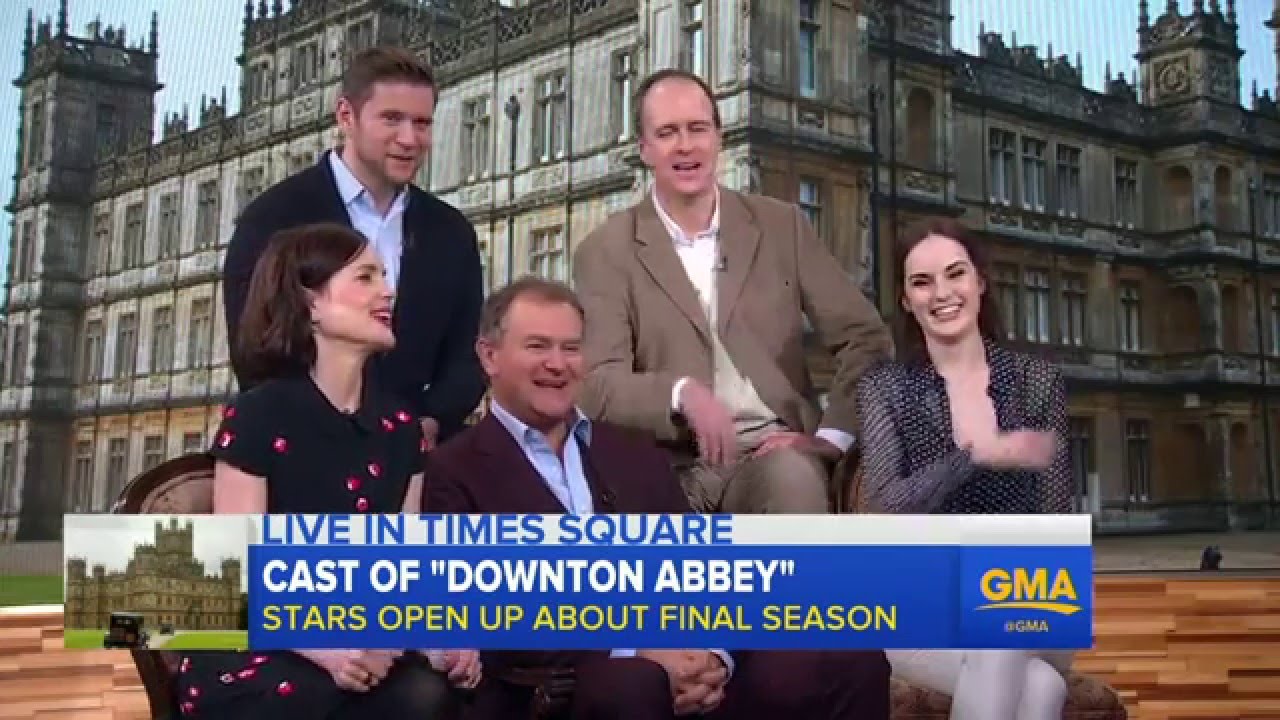 With the final, final episode transmitting on Christmas day in the UK, American audiences, fortunately, have a full season ahead of them as the series is set to premiere on U.S. television as part of PBS’ Masterpiece series beginning Sunday, January 3, 2016 at 9:00p ET/8:00p CT.

It was Highclere in Times Square recently as many of the principle cast (sans the Dowager Countess) checked in one final time with GMA hosts (and self-proclaimed Downton Abbey fans), Lara Spencer and Amy Robach, who tried their best to get some advance sneak peak information for all of us concerning the final season.

After all was said and done, it was brilliant for Hugh Bonneville to so eloquently put the past six years into perspective by saying, “The great thing about ending with a spaceship is you can go back and forth in time.”